There are several things I saw people do in online conversations that annoy me, because they think they are using arguments, and they are in fact committing logical fallacies.

The first one is citing exceptions to disprove a rule. They will cite a smart black man and a retarded Asian in an attempt to disprove statistical findings about race and intelligence. They will find a woman who managed to give birth in late 30s, or one who is happily unmarried in her 60s, they will find a quiet Italian and a loudmouth German, or a Lesbian that actually doesn’t hate men, and say “gotcha”. To that, my answer is that sociology isn’t mathematics. In mathematics, if you state there are no even primes, and I cite number 2, your theory is disproved and that’s the end of it. However, even in mathematics, there’s statistics and probability. In statistics, citing a sample of 1 in order to invalidate a rule is worthless. Let me use an example. 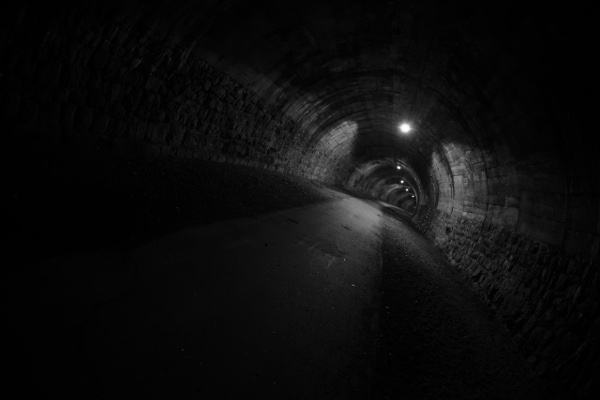 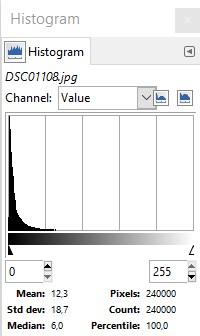 What the political left wants us all to believe, under threat of violence, is that you can’t say that an image is dark just because the luminance values are grouped in the left side of the histogram, as long as there are any white pixels on the picture. You can’t say that a cat is black if they can find one white hair on it, basically. But on the other hand, if you disagree with them about absolutely anything, essentially if your agreement with their ideology is less than the perfect 100%, you are a Nazi. That’s fundamentally intellectually dishonest; essentially, they are using logical fallacies and counting on the fact that most people are only vaguely familiar with logic, and they heard somewhere that you can disprove rules by citing exceptions, only they don’t understand that this doesn’t necessarily apply even in mathematics, because statistical analysis was developed exactly for the purpose of dealing with exceptions to rules. That’s why sociology uses statistics to formulate statements about human groups. Similarly to that picture, if some human group has a median value of 6 in 0..255 range, you can say it’s very “dark”. It’s basically how the biblical God saw Sodom. It’s the case where white pixels don’t disprove the rule, they prove it, because if you can basically count them all by hand, it says something.

The second thing that irritates me is citing your personal experience to disprove some general rule. It’s statistically worthless because it’s a sample of 1. Also, every substance addict I talked to used the same argument: I’m drinking alcohol or using drugs all the time and I’m feeling great. First of all, your subjective experience is most likely just your personal delusion – the consequences might just not have caught up with you. Second, even if it were not, you might be a severely abnormal specimen – for instance, some people are resistant to AIDS and never contract the disease because they have a genetic mutation that renders them immune. Third, it still isn’t necessarily a good idea. For instance, someone can say he was drunk and jumped from the hotel room on the second floor, landed in a pool and was fine. That doesn’t prove it’s a good idea. Rather, it proves that some people have more luck than one should reasonably expect. So, essentially, I shit on your personal experience.

The third thing is that some people think feeling is an argument. They feel something therefore it must be true, or I must at least accept that they are validated in their feeling-based opinion. That’s actually true in some cases, for instance if someone isn’t sexually attracted to you, that’s all the reason they need in order not to have sex with you. Asking them to provide evidence is actually a fallacy, because you assume evidence is needed. It is not. If someone doesn’t like you, they don’t need reasons to not like you. But this is an exception to the general rule. You can’t use this argument for medications, and say that a certain substance comes in an ugly box that you don’t like, and you’ll therefore not take it. You can’t say your school professor rubs you the wrong way and you therefore won’t accept his grades. You can’t say you don’t like police uniforms and you will therefore not obey the law. In most cases, your emotions are irrelevant and nobody should care about them. Your idiosyncrasies are your problem, and have no place in a discussion. If you think something is true, you need to be able to provide arguments in favor of your opinion. Feeling a certain way is not an argument. So, essentially, I shit on your feelings. If you have strong feelings in favor of a demonstrably false concept, it’s not evidence in favor of it, it’s evidence that you’re a fucked up person.