From all the available evidence, Hillary Clinton has some serious brain problem and should be in the hospital preparing to die, not running for president.

Meanwhile, Obama is playing golf on his vacation.

We are one fuckup away from nuclear war. America is simultaneously provoking Russia and China. Muslim invaders are flooding Europe and America. Muslim terrorist attacks have become a daily occurrence. Incirlik airbase in Turkey, hosting nuclear weapons, is basically under siege. Russia just used cruise missiles launched from the Black Sea to strike targets around Aleppo. 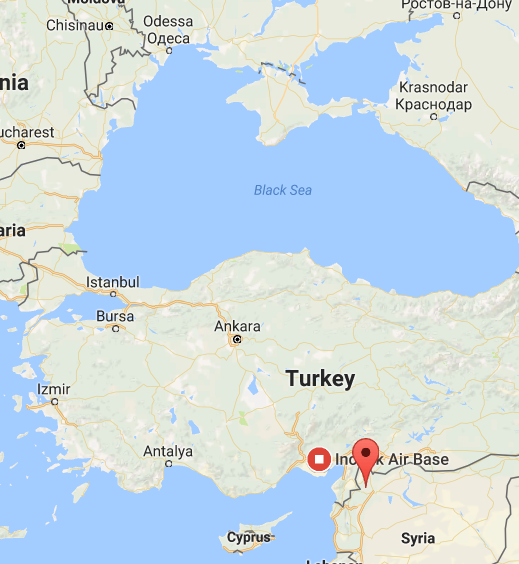 The missile path wasn’t published but my guesstimate based on observing the map would allow for the possibility that it went very close to that airbase.

There are unconfirmed reports that Americans are evacuating the nuclear weapons from the Incirlik base and moving them to Deveselu base in Romania, which just accidentally happens to host the newly installed AEGIS missile defense system. Putin went ballistic recently, warning that any kind of weapon can be brought there once the system is in function, among other things the offensive nuclear-tipped cruise missiles.

And all the while, the current American president is on a vacation, playing golf, when he’s not watching ESPN, and the main-stream supported candidate to replace him is a fucking zombie. The world governments are busy bullying anyone who has an anti-Muslim stance, and the media is busy nitpicking over politically correct bullshit, displaying outrage over meaningless trivia, while the world burns.

Am I dreaming this or what the fuck is going on?