Since I already started talking about computers, I’ll tell you what I’m using.

This is my desktop PC: 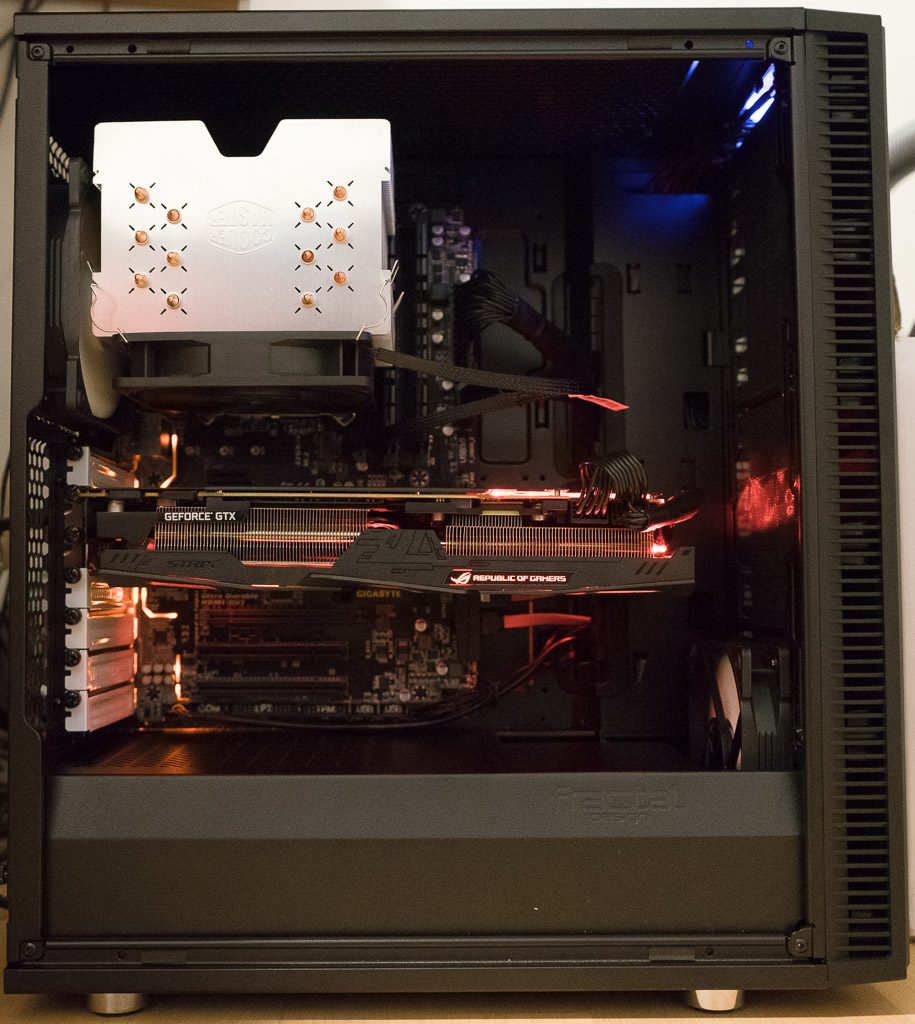 I built it myself, as I always do; I optimized it for silence first and power second. Silence wise, it’s built in Fractal Define C case, with Seasonic FX 850 Gold PSU in hybrid mode (which means the fan is off until it is really needed), there’s a huge CoolerMaster 612 v2 CPU cooler which is massive enough that the fan doesn’t really need to spin fast unless I’m pushing it. The GPU is Asus ROG Strix 1080ti, which is silence-optimized so the fans don’t spin at all in normal use, and even under full load all you hear is a whisper.

The CPU is a i7-6700K with 32GB RAM, SSD drives and a HDD. In normal use, the HDD’s whisper is everything I hear; the fans are tuned to work below audible threshold. Under full load, the fans are set up to get rid of heat as quickly as possible, silence be damned, and the top of the case is a dust filter, so hot air can rise up via convection, and since this is an effective method, the fans are never really that loud. 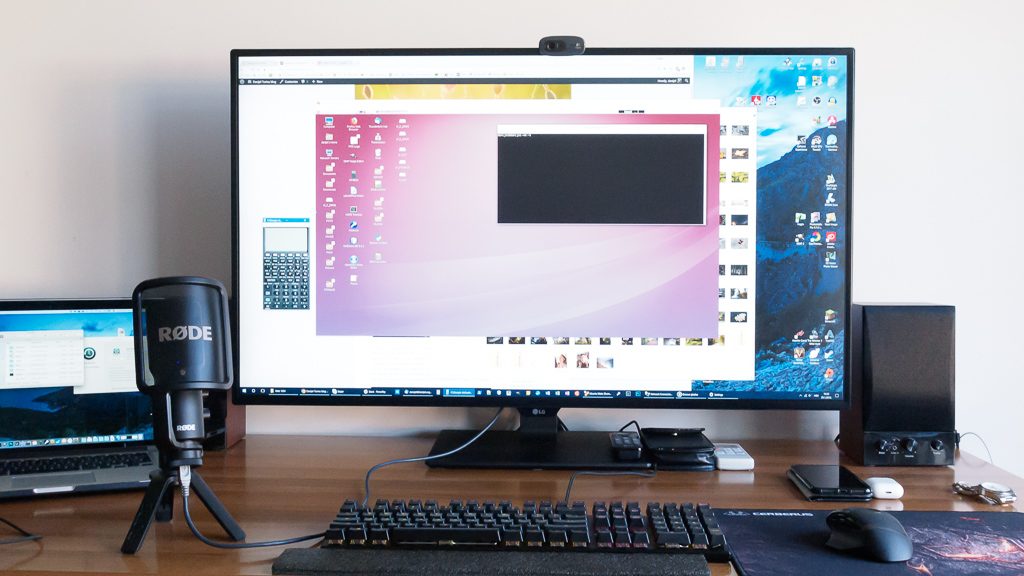 This is my desk. The monitor is LG 43UD79-B, the 108cm 4K IPS unit, which is the reason why I had to upgrade the GPU; Lightroom was rendering previews very slowly in this resolution, and since this operation is GPU-driven, I got the overkill GPU, and once I did that, I said what the hell and got the Logitech steering wheel so I can use it as a racing sim. The keyboard is Roccat Suora FX mechanical RGB, the mouse is Logitech G602. The microphone is Rode NT USB unit, which I use for skype. You can see the 15″ Macbook pro on the left, and misc gadgets and remotes on the right.

The machine runs Windows 10 as host, and several virtual machines with different configurations; the main one is Ubuntu Trusty Mate which I use for writing scripts and all the Unix work. The main reason why I got such a big monitor is so that I can always have one eye on the work-related chat on the right, while I do other things on the left. Also, I like the way my photos look on a really big screen, which approximates print size of a meter in diagonal. The entire rig is hooked to a UPS, so I don’t have to worry about losing work due to power outages or spikes, which, fortunately, happen only once or twice a year on average.

Essentially, this is a rig that “just works”, and it’s where I spend most of the day.