I was thinking about it just now and it hit me: most people don’t actually know what a nuclear war would look like, what weapons are used for what, what strategic issues are relevant and so they don’t know how to recognize crucial strategic breaking points.

I was reading books about SDI (also known as “star wars”) in the mid to late 1980s, but apparently I’m old. 🙂 I don’t think that anyone younger than 30 today has much clue about these things. So, I’ll do my best to explain.

There are 3 main ways to deliver a nuclear warhead: a ballistic rocket, a cruise missile and a gravitational bomb, which is a fancy way of saying that it falls when you drop it from a plane. We can safely ignore the last one, as it is militarily irrelevant today; in any case, those things would be used only on the battlefield, and would be launched from a fighter-bomber based very close to the front line. A situation where that would make sense in today’s world is completely beyond me.

A ballistic rocket, also known as intercontinental ballistic missile, or a submarine launched ballistic missile, is essentially a modern version of Hitler’s V2 rockets. It burns up all its fuel in order to put the warhead on a ballistic trajectory, and then the warhead goes back through the atmosphere very much like a deorbiting spacecraft. Essentially, there is no reason why you couldn’t put the warhead into orbit, keep it there for a while and then deorbit when convenient. This, however, is not deemed practical as it is assumed that the missile launch will trigger a retaliatory strike, so making circles around the Earth is a waste of precious time. The main problem with the ICBMs and SLBMs is therefore the obviousness of the launch. The satellites can detect the infrared flash of the launch, and they show perfectly on radar.

A cruise missile, on the other hand, especially one with low radar signature, or one flying very low, following terrain contours, is a very sneaky bastard. It is the main reason why the Russian strategic bombers are so scary: the purpose of flying them up to the enemy’s borders on a regular basis is to get you used to them being there and doing nothing. Then, one day, they squeeze off their load of cruise missiles, which are essentially small pilotless subsonic planes that navigate either by comparing the observed terrain to their internal map, or by GPS/GLONASS, and independently seek their targets. The reason why fighters intercept those strategic bombers is so that they could visually perceive such a cruise missile launch as it happens, because it might be completely missed by radar. If you have fighters nearby, they can both alert the base about the attack and try to shoot the cruise missiles down.

The reason why the B2B bomber is stealthy, and why its cruise missiles are stealthy, is that it can sneak deeply into Russian territory before squeezing off the rockets, performing a cloak&dagger first nuclear strike that will incapacitate the Russian defenses and radars ahead of the full ballistic launch. 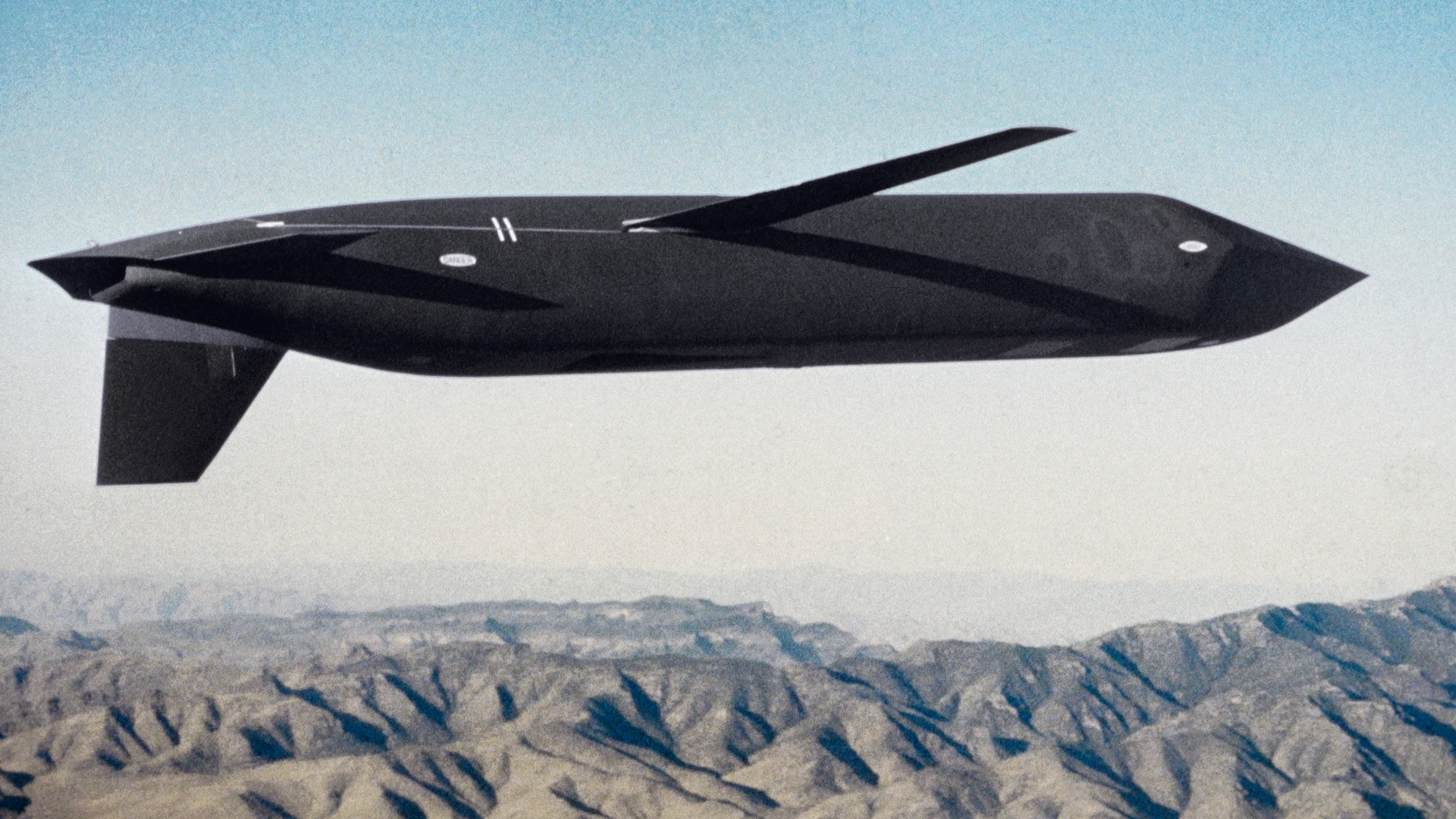 There are other ways of performing a sneak attack. You can, for instance, bring a strategic nuclear submarine very close to the enemy’s borders, and launch ballistic missiles from there. The fact that the missiles give off a launch signature might not even matter, because the time between launch and impact can be measured in seconds. You can also have a hybrid weapon, which moves like a torpedo for a while, then gets out of the water and behaves like a low flying cruise missile, with the goal of both shortening the visible flight path and hiding the launch point to give the submarine time to GTFO. Also, you can have pre-positioned nuclear/EMP devices on enemy’s territory, that can be activated on cue, destroying crucial infrastructure in order to blind the enemy right before the ballistic attack.

So, if you want to make a nuclear first strike that would destroy your enemy, you need basically two things. First, you need to make a sneak attack that will completely surprise the enemy, so that he gets hit without any warning, ideally in such a way that his ability to retaliate in kind is to be destroyed, or his ability to issue commands to launch sites had been negated. Furthermore, it would be very dangerous gamble to assume that the enemy will not be able to still launch at least something in your direction, so you need an anti-ballistic shield that will be able to knock out any strays.

And that’s why the anti-ballistic shield is such an issue of contention. It sounds like a defensive measure, but it’s actually part of the first-strike package. If you have a mutually-assured destruction policy, which demotivates any attack by assuring retaliation, you don’t essentially need an anti-ballistic shield, as simulations proved that you can overwhelm any defense by a massive enough attack with MIRVs and decoys. Essentially, against a massive retaliatory strike an anti-ballistic defense shield doesn’t do much. However, it is essential if you intend to strike first, destroy the vast majority of your enemy’s nuclear force, and then pick up a few stragglers with your anti-ballistic rockets. That’s why the Soviets went crazy when the Reagan administration launched the SDI concept. They understood it as Reagan trying to launch a first strike against them with impunity, and they said that they were going to respond with a first strike of their own if it ever gets close to being fully operational. They had the same response to the Pershing II intermediate range rockets that were supposed to be placed in Germany, as close to the Russian border as possible, so that the Soviets wouldn’t have time to react. In any case, the advances in weaponry reduced the response times already to such dangerously low amounts, that any further reduction would mean having to make the response system fully automated. Since this was deemed to be completely unacceptable by both sides, and since Reagan was eventually made to understand, by a spy Oleg Gordievsky, how nervous he was making the Russians, and how seriously they took his stupid boasting, the Americans initiated the peace talks where the entire hair-trigger situation was dismantled.

So, let’s observe the situations in which we could have a nuclear war.

The first and most obvious situation is if a full launch of ballistic missiles against one party is detected. This party then immediately launches a retaliatory strike and everybody dies. This is the MAD scenario that is usually described, and it is my (pretty well informed) opinion that this has a very low probability of actually taking place. Let me explain why.

If you want to launch an attack against a nuclear power, the first thing you have to do is assure that it can’t hit you back, or that you can deal with the consequences. You do that by pre-positioning your defensive and offensive assets to strategic positions. For instance, you want to have the ability to launch a swift, blinding strike against the enemy’s sensory grid. If he doesn’t know what’s going on, he’ll be unlikely to launch a nuclear strike until it’s too late and his capability to do so has been negated. So, you need to attack the satellites in space, you need to attack the radars, other sensors and the relaying network on the ground, you need to attack the AWACS airplanes, and the flying command centers. Essentially, what you want is get those few minutes of blindness, and that’s all it takes for your pre-positioned strategic submarines to attack the enemy’s launch silos, known mobile sites and command centers. Your hunter submarines will take out the enemy’s closely watched strategic submarines, and after that, your anti-ballistic defense will pick up everything that’s left, such as a few mobile launchers. It’s like Hitler’s blitzkrieg, but extremely fast, taking place within a few minutes from start to finish. Timing is essential. However, without the ability to correct the errors, to wipe out the stragglers, any such attempt would be suicide, because you need to assume that the enemy has a “dead hand” system in place, and that all sites would automatically launch if they can’t get to their command centers and they figure out their country had been attacked.

So, that’s what the Russians are afraid of, and with good reason, I’d say. They know that NATO has been tracking their strategic submarines very closely, and basically attempted to bottle them up so that they can be quickly accounted for and destroyed. They know that NATO had been positioning the assets closer and closer to their border. Now, the Americans have put the naval and shore versions of AEGIS anti-ballistic stations all around them. The American military is trying to get their military to deploy the new, stealthy version of the nuclear tipped cruise missile that would be launched from the B2B bomber. And the Americans are incessantly propagandizing the world against Russia, with bullshit that is completely obvious as such to the Russians, but which has the apparent purpose of whitewashing a first-strike against the “aggressive” Russia in order to “prevent the rise of a new Hitler” or whatever the bullshit currently is.

The Russians are getting the picture and are already testing the nuclear shelters and issuing protective equipment to their population. I would not be the least bit surprised if their Perimetr system, the “dead hand”, is turned on, and it is turned on only in times of a direct political threat that is likely to precede the attack. What the Americans don’t get is that the Russians are going to wait until they are absolutely certain that the Americans are actually going to kill them, and then they are going to strike first, and they are going to win, because America had significantly overestimated itself, underestimated Russian capabilities, and basically believes its own bullshit. The only way for this to be prevented is if the Americans stop antagonizing the Russians and start significantly de-escalating the situation, for instance by distancing themselves from the Nazi puppet regime they installed in Ukraine, dropping the idiotic and criminal sanctions against Russia, stopping the support to ISIS and Al Qaeda in Syria, and basically ceasing to be evil, lying, manipulative bastards.

Yeah, that’s gonna happen. So, essentially, the Americans are going to keep pushing it, the Russians are going to keep strategically positioning their assets, a shooting war is going to start between them, and when the Russians decide that a nuclear conflict cannot be avoided, they are going to make a counterforce strike with the goal of pulling America’s teeth in order to motivate them to actually start talking instead of acting like arrogant lying assholes. So, that’s my take on what’s going on.