I wrote generally about nuclear weapons and strategy of their use, but not much about the weapons themselves.

Well, yes and no. You see, no modern nuclear weapon has that big of a yield. The more powerful weapons have been systematically phased out, for several reasons. First, because they are heavy, big and clumsy, and thus difficult to deliver. The Tsar bomba was so cumbersome, it was difficult to deliver by a plane, let alone a rocket. It was a prototype designed for showing off, not an actual weapon. Essentially, Americans detonated the Castle Bravo test (which was so poorly controlled the Americans shat themselves), and the Russians wanted to one-up them by detonating a bomb more than twice the size, and they too shat themselves when they saw the results. The Tsar bomba was actually intentionally reduced in yield from the design’s theoretical maximum of 100MT, so that is the actual top yield nuclear device that mankind can demonstrably make. The laymen who think that the purpose of nuclear weapons is to blow us all up, and that those bombs are designed by psychopaths, probably think that the goal of nuclear weapon design is to produce stronger weapons, but that is not the case. In fact, the yield of the deployed nuclear weapons has been steadily going down for the last several decades. The strongest fielded weapons were in the order of magnitude of 20MT, but they have all been phased out. Why is that, you will ask?

Well, one of the reasons is that one big warhead is easier to destroy by an anti-ballistic rocket, than ten smaller ones. Furthermore, several smaller weapons are much more effective at destroying a wider area than one bigger weapon. And last, there isn’t much of a difference between a 100KT and a 20MT bomb when it comes to destroying military targets. In fact, a spread of 100KT warheads will probably do a better job because it’s less sensitive to accuracy of the individual hit.

When it comes to civilian targets, they are really an afterthought. The designers of warheads are more concerned with destroying hardened bunkers, command centers, aircraft carrier battle groups and similar targets; nobody really gets his dick hard thinking about destroying a city of millions of people with nuclear weapons. If anything, it makes everybody ashamed of their work, and the weapon design is harder to justify if it doesn’t have a clear military purpose. The civilians are such soft targets in any case, that even the first Hiroshima bomb did a good enough job at causing immense suffering and death. It is much more difficult, as it proved, to sink a battleship of the Prinz Eugen class, than to turn living people into shadows on concrete.

There’s no real difference between American and Russian weapons designers in that regard. They have both been following similar design parameters, working more on miniaturization, reliability, maneuverability, accuracy and yield control, than yield magnitude, because after they both ascertained that they can make very big bombs as experimental devices, they started thinking about what is actually practical as a fielded weapon, and they came to the conclusion that the best thing you can have is a spread of 10 or so individually maneuverable, highly miniaturized and reliable bombs, launched from a stealthy mobile platform. They all initially fielded 20MT weapons, but later withdrew them as they saw no practical military use for them.

There are other reasons why a reduction in weapons size is preferable to yield. You see, a small weapon can be launched with a lighter, faster rocket. Such a rocket is smaller, so you can pack many more of them inside a submarine. A lighter rocket can achieve maximum speed more quickly, and it doesn’t stay long in its vulnerable, slow phase of flight. You can put it on a truck, or in a train, or on a cruise missile. They even made suitcase-sized bombs. Miniaturization has a huge number of advantages, and yield, other than bragging rights, has precious few.

So, what do Americans and Russians currently have fielded in operational form?

The Americans have Trident II SLBMs on Ohio class submarines, armed with 8-12 MIRVed warheads. The warheads can be either 475KT or 100KT, depending on which version is used. They also have the Minuteman III silo rockets, which have fallen into disrepair and are not really taken seriously due to their vulnerability. They carry 3 MIRVs with 170KT to 500KT yield, depending on the version. 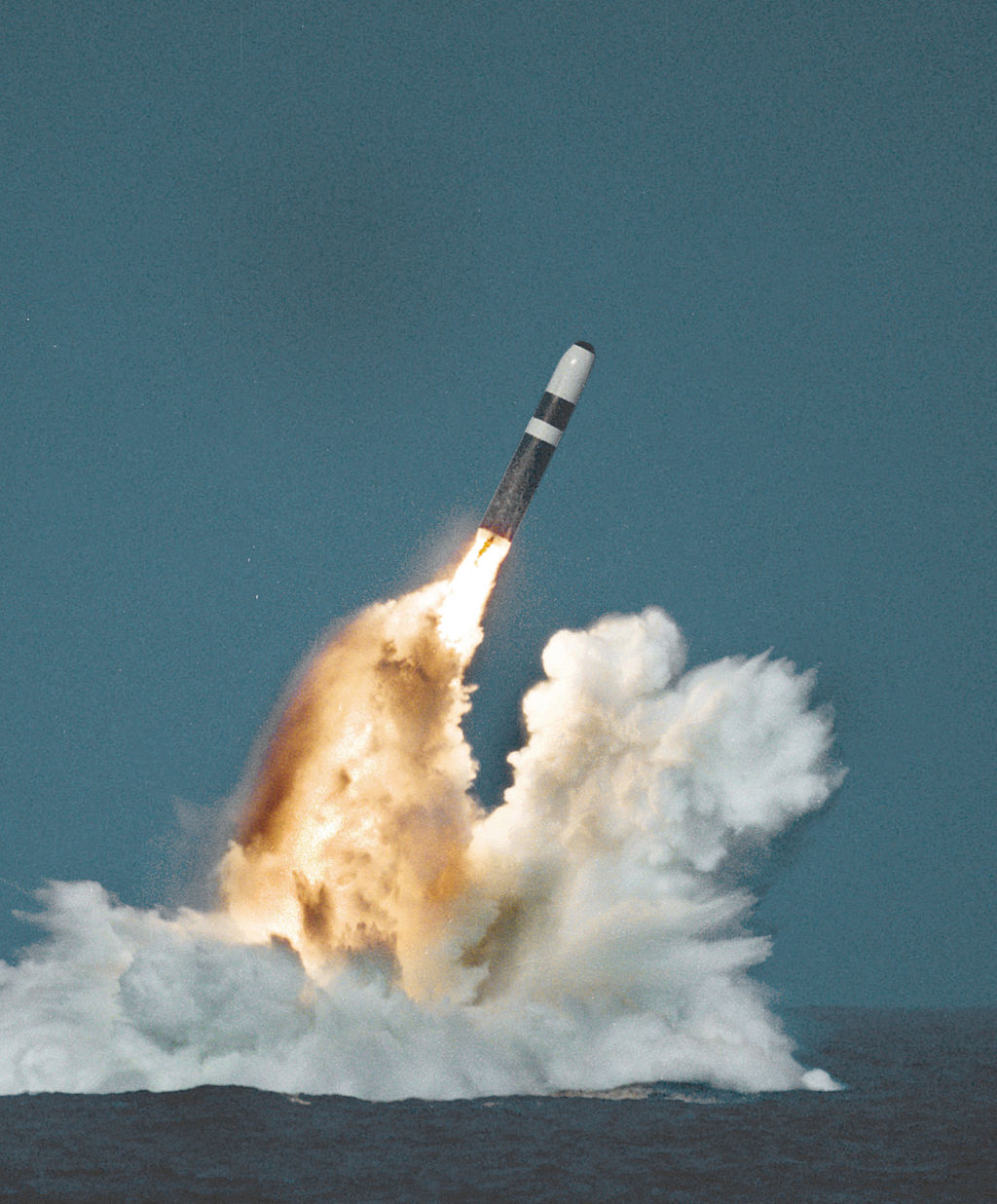 They also have silo-based R-36 Voivoda (known in the West as SS-18 Satan), which are in a similar state of disrepair as the American Minuteman III counterparts, and are being phased out and replaced with Yars launchers and, when its testing finishes, the Sarmat heavy launcher. The payload for those are 10 MIRVs with 750KT yield. 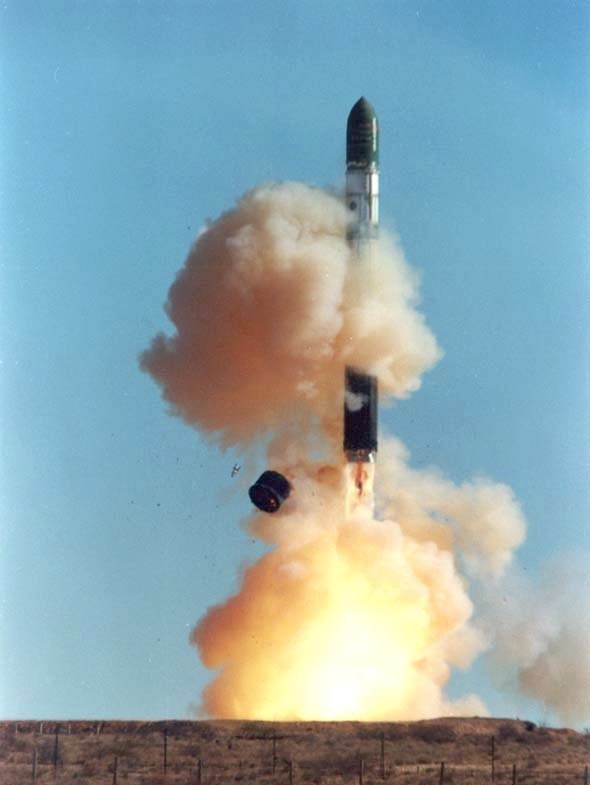 The Russian nuclear weapons are almost all brand new, with modern design; they are tested, reliable and dependable. It’s an irony that people in America think that Russians only have Soviet legacy nukes, and that’s not the case at all; if anything, the Americans have legacy stuff from the seventies and eighties, and it’s questionable whether it all works and how well. It is telling that of all the Russian nuclear rockets, only one is as old as the newest of the American nuclear rockets, and it’s the one they are quickly phasing out because it’s unreliable. Just food for thought.

So, what does that tell us? First of all, when you make calculations about yield in nukemap, ignore everything with a yield over 800KT because for all intents and purposes it doesn’t exist. Second, always count on more than one hit, because you’re most likely getting hit by a MIRV spread. Third, if you live in a highly populated area that doesn’t double as a strategic military installation (such as a nuclear submarine shipyard), you are probably a very low priority target and nobody really has any wish to kill you, unless your politicians already killed millions of people in the enemy’s capital cities, in which cases the enemy got so mad they’re probably going to kill you all. The name of the game in nuclear strategy is “disarm”, not “commit worst genocide of all times”. The enemy’s civilian population will be hit only by the doomsday retaliatory strike of last resort. However, the infrastructure of the world will be a priority target – satellites, Internet, electricity, transportation. All electronics will be disabled either permanently or temporarily by EMP blasts. You will hear no news, and there will be no way to find out what happened, maybe forever. There will be no food refrigeration or transportation. There will soon be no modern medicine. Honestly, it would be less painful and terrifying if they did hit us with the 20MT warheads, then at least we could hope for quick evaporation. This way, the soldiers will be the lucky ones, they will die from bombs, while the rest of us die from waterborne bacteria and hunger.