I’ve been thinking about status symbols.

Initially, I’ve been questioning myself, thinking along the lines of “this is a shallow and superficial thing; why am I even considering it”, but after some thought it turned out to be a very profound matter.

But let’s not jump to the conclusion immediately; instead, I’ll guide you through my process of thinking, so that you may see how I came to my conclusion, and see whether it makes sense for you, too.

I was looking into mechanical watches, as I occasionally do, since they are a mystery to me. They are in essence obsolete technology. Their proponents talk about precision engineering and craftsmanship and what not, and I think to myself, are you fucking kidding me? Those things are Victorian iPhones. They are the only personal enhancement device one could wear on his person, and use it to show his elevation above the unwashed masses, by arriving for tea exactly on time. The unwashed masses had to rely on the church bells, which didn’t give you the ability to arrive accurately within seconds. To arrive accurately within seconds made you an upgraded human being, one that could tell time more accurately. The fact that they were expensive separated the gents from the serfs, so to speak, and people always wore them prominently, so that people knew you had a watch even when you didn’t have to use it to tell time. The fact that you had it elevated you in perceived status; the dirty peasants knew better than to mess with you, and the gents recognized you as one of their own. You were someone they could do business with, or at least share a cup of tea and get to know you, because by apparently belonging to their social circle, you were worth knowing.

But let’s return to the issue of watches. Today, having a watch is no longer a differentiating factor – they became so cheap, you can get an excellent one almost for free. It has a superbly accurate quartz movement that’s an order of magnitude more accurate than a mechanical watch, it’s reliable, cheap to maintain by changing the battery every few years, some look very good, and some are excellently made. I have a Casio Edifice chronograph, which is extremely well made, reliable and for some seven years or so that I abused it in all possible ways I think I changed the battery twice, and other than that I just put it on and did whatever. I paid $130 for it, or something in that ballpark, and I got the functionality that’s identical to the mechanical Omega Speedmaster Professional, which costs around $3500 for the base model. So, essentially, a mechanical watch is a 27 times more expensive way of getting the same functionality and looks. Who in his right mind would pay that much more? Well, it turns out, many people. If you pay 27 times more than you have to, it’s a statement. The first part of the statement is “I can afford it”, and the second part is, “I know better”. So basically, by buying a mechanical watch you’re saying that you have huge amounts of disposable income, basically you have money lying around in piles that you have no useful purpose for since you already solved all your material problems, and you can pursue hobbies such as haute horlogerie, which makes you not only a wealthy person, but one of refined taste and knowledge, essentially you’re making yourself known to people of similar status and inclinations, so that they can avoid the arduous task of getting to know and discarding masses of irrelevant people and get straight to you. It is very similar to the way in which animals use scent or scratch marks to make their presence known to other animals of the same species. It’s a very quick and efficient way of telling another tiger that you live there. It makes accidents avoidable, and if someone really wants to find you, it’s easy.

The human signals are not only about financial status. More often, they are a complicated thing, signaling your taste, level of education, personality, even spiritual depth. Those signals are sent by modifying one’s physical appearance and behavior. Examples: 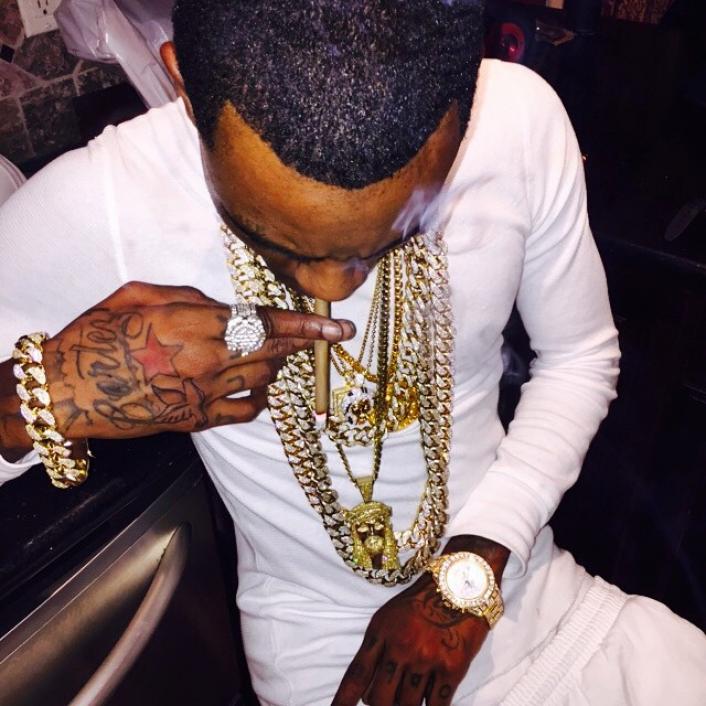 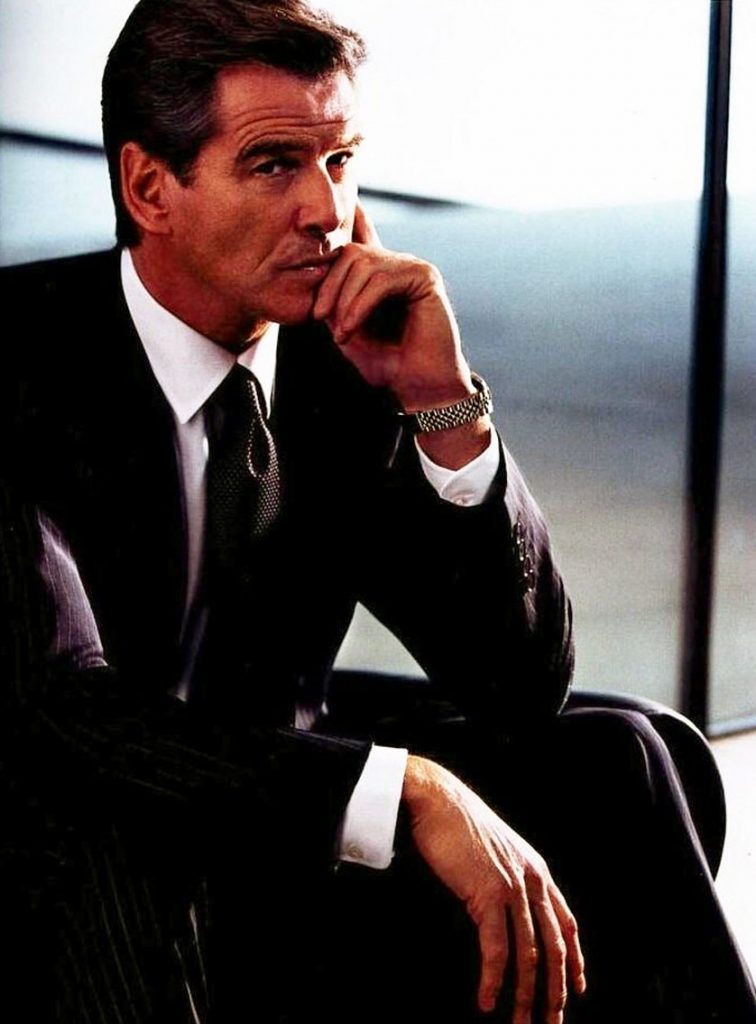 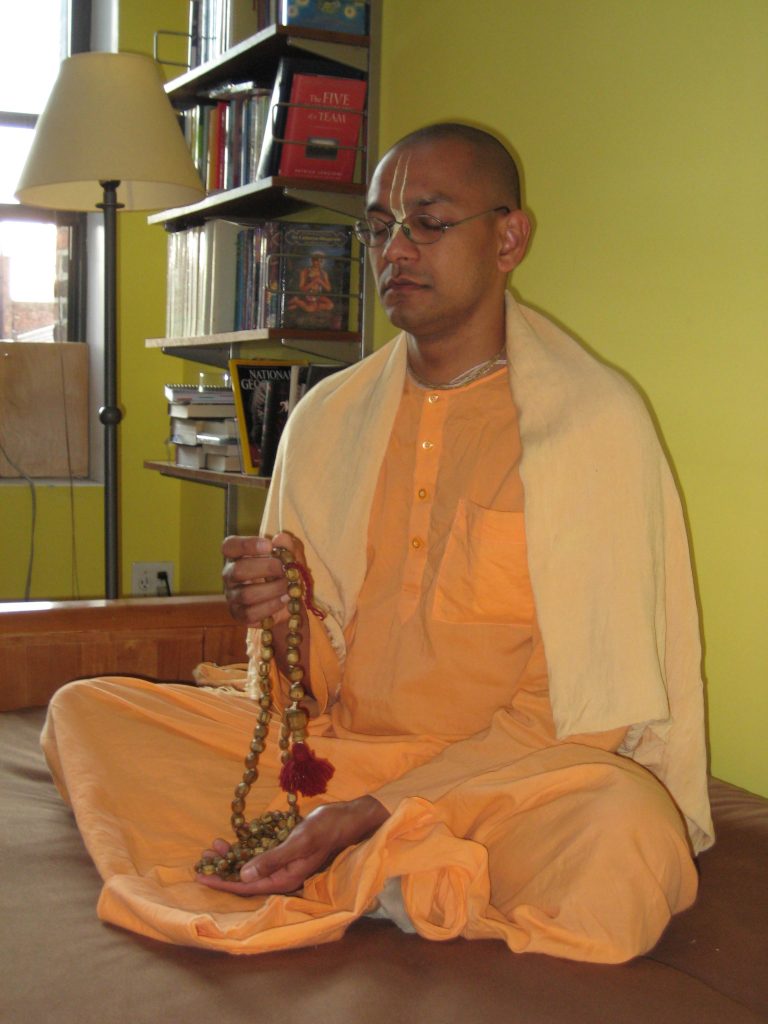 So you see my point? It’s not that the person in the first picture doesn’t have money. The problem is, money can’t buy taste, and the more money you have, the more tasteless shit you can wear around your neck, signaling your lack of class. Let’s say those three sit in a pub and you can choose which one to approach and start a conversation. What you were previously likely willing to dismiss as superficial is now quite useful. It is useful if one wears symbols of his religion; if one wears a cross around his neck, you know what that person likely stands for, and how you can not insult him by accident. If one dresses like a Hare Krishna, you know that person is most likely vegetarian and you know what food not to offer him. Also, you already know everything there is to know about that person’s religious beliefs. You know what books he’s read, what he believes, what he practices, and based on your personal inclinations you can do with that information whatever you want, but you just cannot deny that it was effectively communicated. If a person introduces himself as a PhD or an MD, you know a great deal about that person already: you don’t have to talk to someone for hours in order to figure out that this person is smart. It can be communicated more quickly and easily, so that you can either start or avoid communication, to your preference. The looks can tell you much more than you might be willing to accept, and it’s not just looks, but the overall bearing of a person, the way he holds himself, the way he talks, and many other things you unconsciously take in, in order to form an impression.

By modifying your appearance, you signal your system of values. You choose whether to be approachable or isolated, whether you’re in the mood for work or fun, you communicate your ideas of work and your ideas of fun, you communicate your opinion on the situation you are in, and your level of control over the situation. By choosing your clothes, you also make certain choice of language and actions expected and acceptable – for instance, you expect perfect command of language from a well-dressed gentleman, and you expect slurred talk and poor command of language from someone who looks like a street thug. Also, from a well-dressed gentleman you expect to be ignored, because this choice of attire signals isolation and very specific focus. From someone who looks like a thug, you expect to be treated disrespectfully and invasively. Sure, those impressions can be deceptive, but if you’re honest with yourself, you will recognize that you remember those exceptions better because they are so rare it is shocking. In most cases, people really communicate so much about themselves, that if you understand their signals, you can tell what they want to communicate, you can see how they perceive desirable qualities, and you can use that to guesstimate much about themselves, all by the most superficial of impressions. People want to believe that they are deep and difficult to understand, but most are really not.

So, what watch would you wear? Whatever you choose is a signal. If you don’t wear one, it means you think you’re a modern person who has a smartphone with him and doesn’t need a watch (or, alternatively, that you are beyond material things). If you wear a cheap one, it means you just don’t give a shit, you use it to tell time quickly when you’re on your bike or running, or you don’t feel like getting your phone out just to check time. If you wear a fake one, you basically signal that you’re a pretentious, insecure and deceptive person, who wants to show off as better than he is, because he thinks if you knew the real him, you would loathe him. If you wear an expensive watch, you can choose one everybody will recognize as expensive, such as Rolex, or one that is possibly much more expensive, such as Vacheron Constantin, which very few will recognize, but those few are the only ones you want to target with your signal. You can choose a message you want to put out: “I’m someone who has money, taste and power. What I want from you is to recognize this, and either get out of my fucking way, or do business with me” is a message you communicate with a Rolex. “I am so incredibly wealthy, powerful and sophisticated, that everybody who needs to know who I am already does” is a message you communicate with a Patek Philippe or a Vacheron Constantin. However, there are other possibilities: “I have money, but I want people to think I’m not superficial, so I decide to send signals that are unrecognizable to most, if not all, because I’m not really sure what I’m trying to do here” is a message you will send with a Grand Seiko. And let me be quite clear with this: everybody will tell you they do things for themselves and they don’t care about how others perceive them, but that’s bullshit. People dress in a way that communicates their self-image, their values, their priorities, their understanding of themselves and their relationship with the wider universe. Even if you deliberately dress like shit, it’s to show others that you want them to think of you as a person who wants them to transcend the outward appearance and judge you on other qualities – essentially, it’s a call to get to know the deeper you. Whether there is anything there to know, is another matter.

The surprising thing is, this way of communicating your essence to others, it’s not restricted to the physical plane. In the spiritual plane of existence, it is even more important and pronounced, because the outward appearance tells you much more about the soul’s true nature than it does here. The souls clearly show their spiritual achievements and status in their appearance. If you can imagine one wearing his academic degrees in his appearance, as jewels or medals, you get the general picture: it’s like doctor in the hospital wearing a name tag with his title on his white coat. You immediately recognize him as a doctor. In the spiritual world, you don’t need a uniform or a name tag, because all of this is communicated from your appearance. Nobody would need to tell you that someone is a saint or an angel; it would be obvious the moment you see him. Much of our behavior in this world seems to be derived from our expectation that things should work the same way here as they do in the spiritual world, and so we put great weight on first impressions and outward appearance.

It’s certainly something to think about.