There’s a pattern that I noticed in the news and it looks something like this: Summary: Muslims are afraid of repercussions and claim NAMALT, “Not All Muslims Are Like That”. Interestingly, they didn’t report the jihadists before fact, and they are not reporting jihadists to the authorities now. They claim that Islam is the religion of peace and they honestly can’t think of a Muslim that would do something violent, other than those who just blew themselves up and shot people. 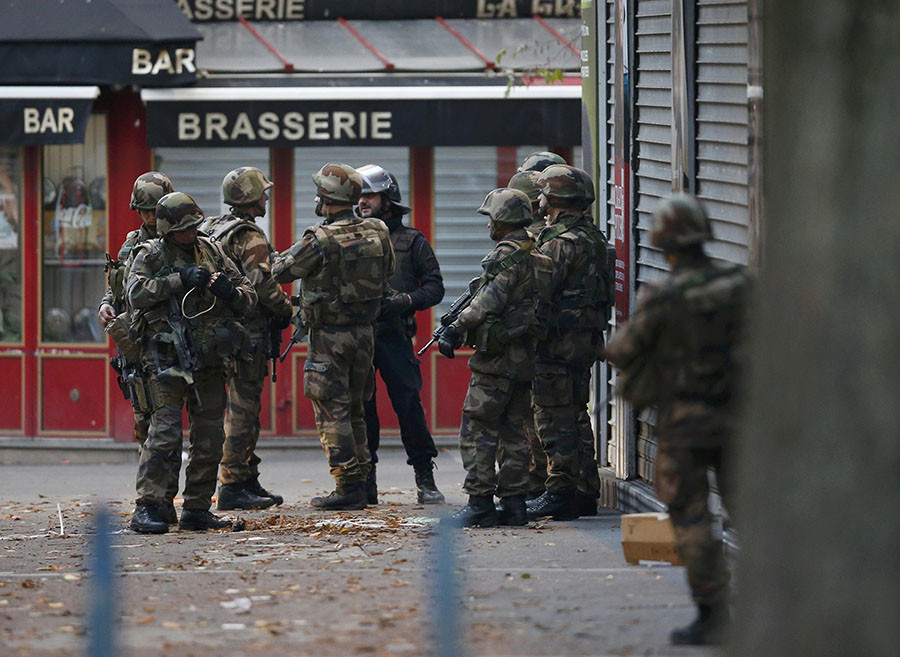 Summary: Police combs a Muslim neighborhood, and finds jihadist cells. Jihadists start shooting them, or running away, or blowing themselves up.

Now, let me tell you something from ordinary human psychology. Let’s say you have a room full of kids. One of them is violent and abusive and hurts others. When there’s a huge commotion and noise in the room, an adult comes to check on them, and all other kids report on the abusive one, who then starts crying and says it’s not true, he’s the minority there and they are all picking on him because he’s different, he’s poor, he has abusive parents, he’s just defending himself. Even the other kids start feeling sorry for him, and the adult actually scolds other children. The adult leaves the room, and as soon as he’s gone, that abusive kid stabs another kid in the eye with scissors.

So let me offer my interpretation of those three phases of Islamic innocence and victimhood.

Phase 1, the Muslims create their own communities in the West, surround themselves only with other Muslims, and brainfuck themselves into thinking they are destined to rule the world, they are the best, they are the righteous, and Allah is on their side. What can possibly go wrong? They attack their neighbours.

Phase 2, they understand that their neighbors are actually powerful and can destroy them all at will, and they are angry because they were just hurt and had their trust abused. The Muslims shit themselves and cry NAMALT. However, the sincerity of their claims can be fact-checked: they didn’t report the jihadists before, and they don’t report the remaining ones.

Phase 3, police doesn’t believe there are no more jihadists, and finds a shitload of them in the Muslim community, surrounded by their NAMALT neighbors. When all are cleared, there’s peace for a while, and after a while, and not a long while, there’s another attack, and here we go again.

So, you tell me, how credible are the NAMALT claims? Do you trust the innocent looking girls wearing hijab and “Islam is love, Islam is peace” notes, or the innocent looking girl wearing hijab who just blew herself up with a suicide vest? Whom do you trust? How do you know that the “Islam is peace” girls didn’t make coffee and cookies for the jihadists the day before, knowing fully well what they were doing and planning and not reporting them to authorities, and are now lying because they are afraid? I heard a story about a woman who ordered a hit on her husband in order to get his money, got suckered in a police sting operation, and was later crying how innocent she is, not because she’s innocent, because she’s obviously guilty as sin, but because she’s afraid of the consequences, pissed herself with fear and will say absolutely anything that she thinks others want to hear in order to save herself.

So you will understand why I don’t buy it. If Islam were indeed about peace, the terrorists would be simply unable to operate from within the Islamic neighborhoods, because they would be reported to authorities by all those peaceful Muslims who resent violence. The Muslims would reject violence and intolerance when they work from the position of strength, not when they work from the position of weakness. So, until Muslims start rejecting violence, intolerance and other disgusting traits when they are in power, in places where they are the majority, I simply refuse to believe their sincerity, because the measure of a man is how he treats those below him, not those above him. The measure of Islam is how non-Muslims are treated in Saudi Arabia, not what Muslims say about themselves.

And considering how deep a hole they dug for themselves by their actions, the burden of proof is on them.

Besides, the NA*ALT argument is not accepted when it is used to defend other groups. If someone says that not all Nazis killed Jews, what would be the response? Oh, they were mostly innocent, only the few evil ones were criminals, most Nazis were wonderful loving people and Nazism is a philosophy of peace? Of course not all adherents to a criminal philosophy are criminals. It’s usually not even technically possible. And of course there were suddenly no Nazis in Germany when it fell, and of course all the Nazis were suddenly innocent and either didn’t know anything about crimes when they were caught, or were just following orders. Of course you don’t judge people on what they say about themselves, especially when they say it when they are weak and afraid. You judge them on what they do, especially when they feel they are strong and invincible.

We need to judge people on what they actually do, not on the stuff they say, especially not on stuff they say in propagandistic material, or stuff they say when they attempt to escape the consequences of their actions. You don’t judge a husband on how he says he loves his wife when he’s on trial, you judge him on how he beats the shit out of her when nobody’s looking.