Another powerful earthquake here in Croatia. Epicentre Petrinja, magnitude initially reported as 6.3, revised down to 6.2 on momentum tensor scale; EMSC reports 6.4. Reports of strong damage at the epicentre. Seven people reported killed so far, many severe and light injuries, widespread damage in the Petrinja city – apparently half the buildings in the city centre are destroyed.

Damage reported on dikes on Sava river during high water levels which creates danger of flooding. Damage on the roads, deep cracks newly formed in the ground. 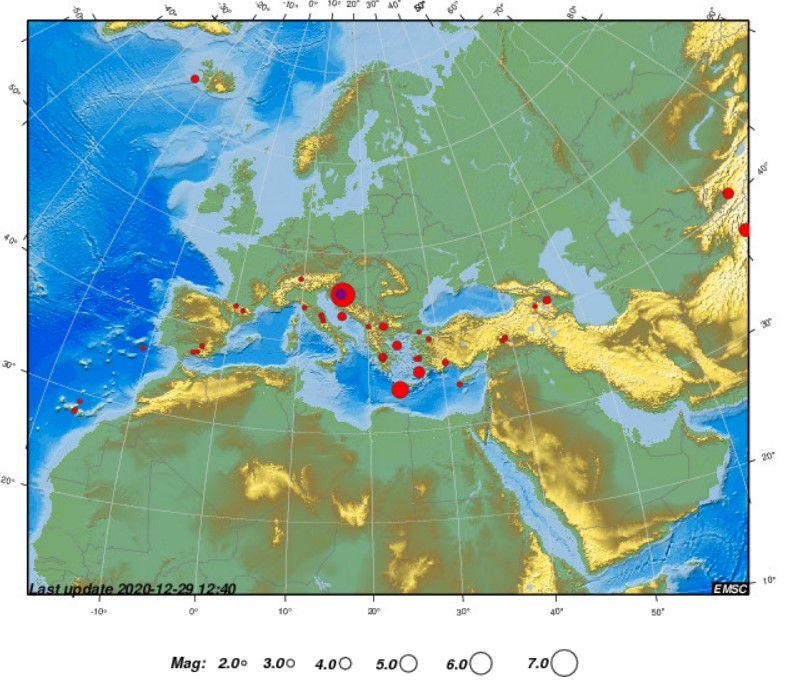 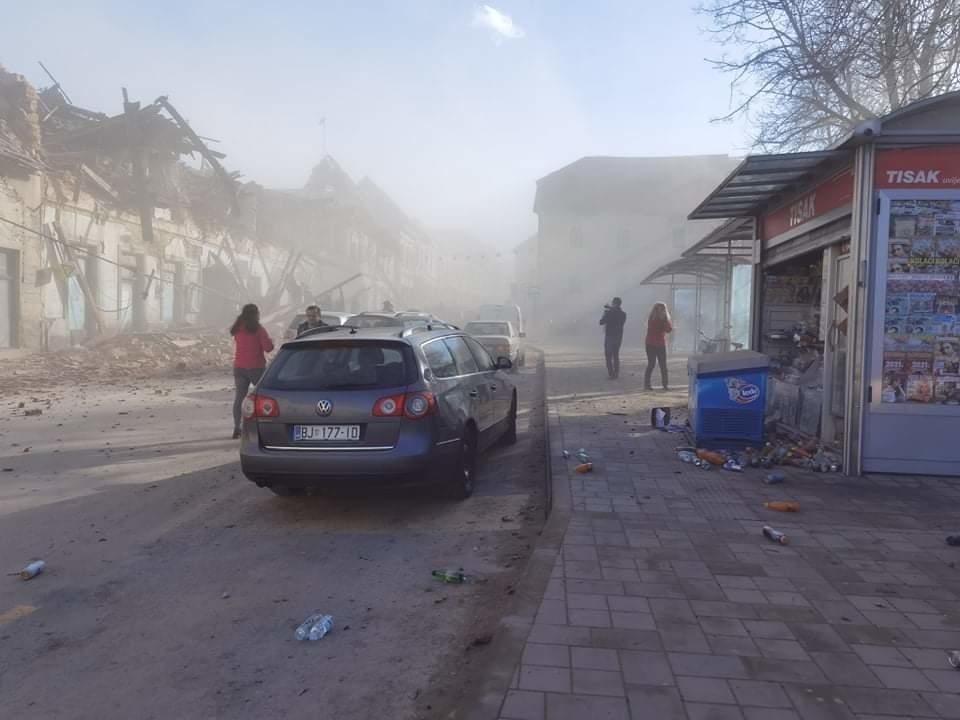 Felt very strongly here in Zagreb, my estimate is 6-7 on the Mercali-Cancani-Sieberg scale. My condo suffered slight additional damage, according to my visual inspection. Plaster and pieces of concrete on the floor everywhere, things flew all over the place, but nothing really bad.