I find it nauseating when I hear the leftists planning another round of “eating the rich”, of dealing with the “class enemy”, and I particularly find it disgusting when they assume the virtuous posture.

I accidentally found an enhanced, colorized photo, processed by the modern AI, of what the communists would call “class enemy”, and what I would call a perfectly innocent girl, who was 19 years old when she, along with the rest of her family, was shot, stabbed by bayonets, shot again, and her face mashed into a bloody pulp by rifle butts so that it wouldn’t be recognizable, and then buried in the woods.

So let’s see the face of the class enemy, that had to be mashed into a pulp so that the working class could live in their communist paradise.
Let me present Maria Nikolaevna Romanova: 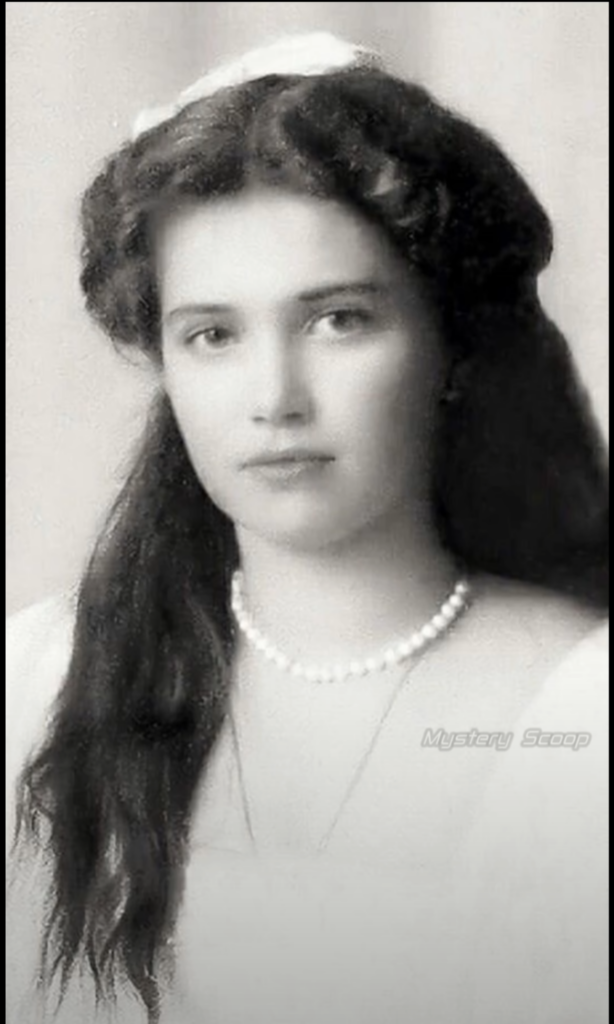 This is the AI enhanced photo of Maria: 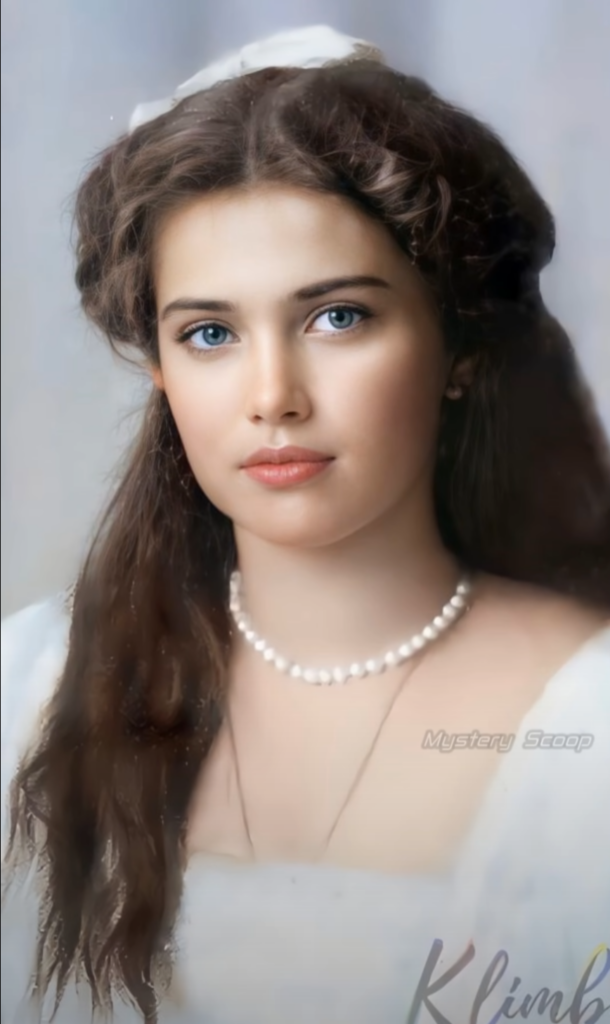 Let’s see what Wikipedia says about her death by Lenin’s thugs:

The Russian Imperial Romanov family (Nicholas II of Russia, his wife Alexandra Feodorovna, and their five children: Olga, Tatiana, Maria, Anastasia, and Alexei) were shot and bayoneted to death[1][2] by Bolshevik revolutionaries under Yakov Yurovsky on the orders of the Ural Regional Soviet in Yekaterinburg on the night of 16–17 July 1918. Also murdered that night were retainers who had accompanied them, notably Eugene Botkin, Anna Demidova, Alexei Trupp, and Ivan Kharitonov.[3] The bodies were taken to the Koptyaki forest, where they were stripped, buried, and mutilated with grenades to prevent identification.[2][4]

But it is when you see her face, that you understand why the communist murderers had to mash it into a pulp to prevent identification, and perhaps even to make it appear monstrous, to hide the magnitude of the crime.

Perhaps the most chilling historical fact is that the body of the leader of the criminal gang that committed this and millions of other slaughters of the innocent, is displayed prominently in his own mausoleum in Moscow, while her remains (the parts that didn’t rot in an unmarked grave) are still poked and prodded for DNA evidence. Her AI enhanced image not only honors her memory, but also explains the true nature of communism better than any words I could muster, because you can’t really judge someone or something until you see the face of their enemy.

ps. I almost forgot; here’s what others said about her character:

Margaretta Eagar said that “Maria was born good… with the very smallest trace of original sin as possible.”[34] According to Eagar, her older sisters Olga and Tatiana once referred to Maria as their “stepsister” because she was so good and never got into trouble. When she stole biscuits from her mother’s tea table, Nicholas said that he was relieved “to see she is only a human child” because he “was always afraid of the wings growing.”

So yes, that truly is the spirit of the class enemy that had to be eradicated.

There seems to be something very wrong with the idea of progress and progressivism, in a sense that it seems to be a Trojan horse that’s filled by an entire army of bad ideas, ever since the times of humanism and the French revolution.

The progress was obvious and clearly visible in the beginning, but the whole thing was accompanied by the undercurrent of materialistic philosophy, which basically said that nobody will need God if he has indoor plumbing, electricity, sanitation, antibiotics, vaccines, education and wealth, basically assuming that God is some sort of a poor substitute for material wellbeing that will be achieved through progress.

In the meantime, the idea of progress reached a dead end, because the stated goals were either achieved completely, or shown to be completely unachievable, so now we have a civilisation that is addicted to the idea of progress but ran out of ideas about what direction further progress should take. Some are trying to absorb themselves into some kind of a virtual existence, basically increasing the level of illusion they inhabit by 1, the others worship Elon Musk who “invents” things that are either trivial and iterative, or nonsensical, others are trying to invent the new, improved digital gold, while others are obsessed with the navel gazing idiocy of gender and identity.

In the end, it has been demonstrated that all this real and supposed progress is a poor and unsatisfactory substitute for God – the opposite of the original thesis.

True progress, as it would be measured by the saints and angels, is to be closer to God, in both essence and will. This is the only way to attain true and lasting happiness and fulfilment. Removing material problems through progress is commendable, but happiness is not a mere absence of material misery. Happiness is something that happens when you are close to God. But for a civilisation that abandoned God and tried so hard for centuries to remove Him from every aspect of our lives, happiness is always a mirage in the future, something that will eventually happen once you get the n-th dose of some vaccine, once you get a new phone or a laptop, once you get that new electric car, once you remove sources of carbon dioxide, once you kill and eat all the rich people, once you get Dogecoin to the Moon, and Bitcoin replaces gold, and you get plugged into some Matrix where you will be enslaved by those who control your physical existence.

For saints and angels, happiness and fulfilment are now, because God is here.

God is the reality, and there is no happiness possible in illusions.