It sat on my roof one cloudy
Shitty day in Zagreb, and sang:
“HVAR, HVAR, HVAR”.

And I thought,
“This motherfucker has a point, you know.”
So, there I am. 🙂

What do I think about the “current” conflict in Israel?

I think it’s a logical consequence of ideological stubbornness and bad ideas that are consistently applied, resulting in a seemingly unresolvable nightmare. But let me elaborate.

At one point in time, the European Jews concluded that their religious and national identity will be gradually assimilated into the wider, secular Europe and that they need to do something about it, and they decided it’s time to return to Palestine and create a Jewish nation-state.

Of course, the idea of moving from a sophisticated and advanced Europe into some middle-eastern shithole wasn’t very appealing, and so the Jews in charge of the project probably thought they had to prod them somewhat, which explains why big Jewish banks financed Hitler’s ascent to power, which is a piece of information that would otherwise be unexplainable. Basically, someone had an idea that inciting antisemitism in Europe might motivate the Jews to find moving to Palestine a bit more appealing, and of course, as with all such plans, it went to hell quickly and likely resulted in more Jews being killed than emigrating.

Of course, the Arabs who lived in Palestine didn’t like the idea of Jews moving there, because their false scripture teaches them that Jews are inferior to them and need to be subjugated. As the state of Israel was politically established, the Jews correctly understood that peaceful coexistence with the Arabs will not be possible because the Arabs would prefer to just kill or enslave them, so they responded with outright genocide, purging the Arabs from Israel. The surrounding Arab states didn’t like that very much and all tried to destroy Israel and kill all the Jews, which failed, because Arabs proved not to be very good in a modern warfare against a determined enemy, even when the Jews were not well equipped.

Every now and then there were attempts to broker peace, but the Arabs think they can do better if the conflict is prolonged until the Jewish state eventually runs out of American support and the situation changes in their favour, and they ideologically oppose accepting the very idea of anyone but Muslims having sovereignty anywhere, let alone in the middle east. The Jews on the other hand have profound spiritual identity bound to that piece of land, which they inhabited for thousands of years, until their ideological stubbornness pissed off the Roman empire to the point of crushing their rebellions and completely uprooting them as a nation and exiling them from Palestine forever. They appear to have forgotten this unpleasant episode which came to be because they arrogantly claimed God to be on their side and have given them this piece of land. They also forgot that they were once arrogant enough to not pay tribute to Babylon because they thought God was on their side, and they were collectively taken into slavery. Instead of embracing the humble conclusion that God doesn’t like arrogant people and will side with their enemies to teach them a lesson, today we again hear this stubborn, arrogant claim that God gave Palestine to the Israelis and it’s theirs to defend.

So, now we have the Arabs (who deceptively call themselves Palestinians, although they are by no means native to the land; they immigrated there from the Arabic peninsula during the spread of the Islamic scourge throughout the region) who claim the land as theirs, and think God gave them the entire Earth to rule, and for generations already they teach their children to hate and kill the Jews, and then we have the Jews, who have created a modern European country in that desert, and are trying to defend their existence there, and keep the Arabs confined.

The greatest irony is that the Arabs, who always refused any kind of a definite peace with Israel, keep whining to the international community about how bad they are having it, when it’s obvious that they don’t actually know what to do with peace if it somehow happened; their entire political structure is predicated upon war with Israel, and if Israel somehow vanished into thin air, their entire “nation” would collapse. Without hating Israel, they have no other purpose or national identity, and in order to survive, their political leadership would have to find some other overpowering enemy to hate and kill and be eternally oppressed by and whine about their victimhood. It is clear why the Israelis see no chance of peace, because the other side has absolutely no interest in it, and in fact would see peace as a national disaster.

So, now we have a situation that can apparently only be resolved by destruction of one or both sides, which brings us back to my original statement. I think that the Jews made a strategic mistake to return to Palestine at the present time, because they are surrounded by enemies whose power is magnified by the petroleum-based economy, and the soft-hearted and soft-headed liberal ideology of human rights is making it politically impossible for them to implement any kind of a solution. An additional problem is that the Palestinian Arabs will never be motivated to broker a peace while the non-Palestinian Arabs keep supporting them, because they intuitively don’t see themselves as a separate entity, they see themselves as merely few drops in the ocean of Islam, that will eventually overwhelm Israel as a unified force. So, strategically, Israel has a rather desperate problem and it’s no wonder that they resort to extreme means, but on the other hand I can’t get around the fact that this entire quagmire is a result of their poor initial strategic choice, because now that they are there, they really have no option other than to defend their identity by force. However, in all this their identity will eventually degrade into something more similar to that of their Arab enemies, than the sophistication and culture of the European civilization they embraced throughout the centuries, so they will lose even in victory.

I hope you all took advantage of the low gold prices for the last few months and stacked it with both hands, because that’s not likely to repeat. 😊 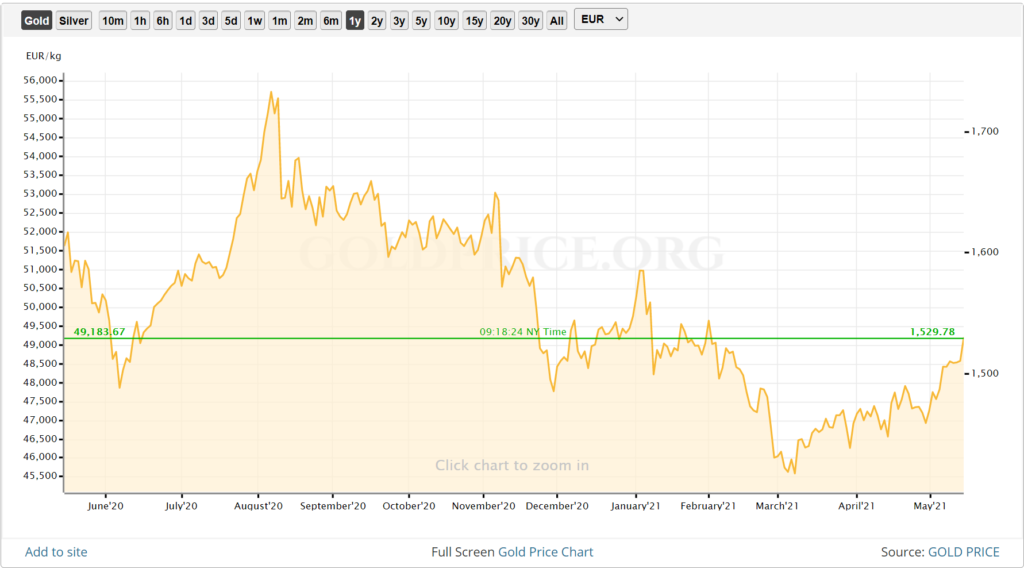 There’s been lots of hype about silver lately but silver was actually holding its price better than gold in the said period, so I was primarily buying gold, because I didn’t really hope to see it at those prices anymore. I actually bought a significant amount right before it fell off a cliff, because I thought it was going up from there and had it wrong, so I’m happy to see it back at those levels; it’s not fun to be in the red. I did buy some silver, too, because it actually might respond to one of those “silver crunch” attempts and I wanted to have enough to matter.

We’re approaching Basel III deadline when the banks will be obliged to demonstrate that they have 100% physical coverage of paper gold, which would in theory end the main method of manipulation of the gold market. I’ll believe it when I see it. Also, considering how fast the money printer is going brrrrr, the precious metal prices are obviously suppressed, because everything else is growing faster than they are. This suppression can’t go on indefinitely, though, and when it pops, it will go really high. At the same time, I expect American stock market and the crypto market to go completely to shit, because it’s all speculative without any underlying value.

The banks look as if they are really struggling, and I don’t know how long they can be propped up, and at what cost. In any case, I wouldn’t keep significant amounts there.