How can you tell a certain commodity market is being manipulated? It’s when supply is restricted, demand is enormous, and the prices are not rising. It means someone, usually the huge buyers, is influencing the markets by complicated and marginally legal means in order to keep the prices affordable for themselves. In my opinion, that’s what we have been seeing in the precious metals market in the last few months. The central banks and other big players have been buying unprecedented quantities, including the future production, and the prices have been dropping. I have a pretty good idea how some of it is being done, and even I am quite shocked at the amount of fuckery involved.

Also, we are approaching the upper limit of my prediction, because 3 months ago I said I expect the thing to blow up in the time interval of 15 days to 3 months. This was based on the expectation that the American stock market is in a hugely unstable bubble, that the central banks and other buyers will quickly exhaust the physical metal supply and this will in turn collapse the unbacked paper market, which worked thus far only because the bluff hadn’t been called. In the mean time, the fed has been printing money like crazy, and it’s been going into the American stock market, basically trying to prop it up in order to stabilize the house of cards. Also, overnight borrowing by the banks is huge, which indicates serious liquidity issues. In essence, the visible metal prices seem to invalidate my prognosis, but I think it’s just a matter of time before this house of card collapses, and I’m actually not in a great hurry to revise my time estimates, I think we’re still on the same schedule. I’ve seen very similar patterns in 2007. Marketplace was behaving contrary to the underlying realities seemingly disproving them, until it went poof.

I’m still buying silver with all the money I can spare each month, and I still recommend it to others. If the banks are buying metal instead of paper, contrary to their long-standing custom, it means paper is going to shit. Already, bets are being made on gold exceeding $4000 by summer of 2021. Some people say someone is betting high and will probably lose money. I say somebody is betting on a certain thing in a marketplace of asshats. A major constraint on my prognosis is that this time the financial collapse will be so big, it might cause the major players to pre-empt it with a nuclear war, seeing it as a preferable option. In fact, that’s what I’ve been warning about for years already; American intentional aggravation of the geopolitical situation makes no sense in any other context. Also, America is in the overture phase of a very nasty civil war for the last 3 years, with Obama-appointed people in the intelligence agencies acting as some sort of an insurgency that is trying to negate the results of the presidential elections, sabotage the executive branch of government, and, most importantly, control the media in order to propagandize their own populace. They actually revoked a law that used to prohibit that, so that everything would be legal.

When a significant part of a nation is refusing to accept the election results, using all kinds of excuses, that’s when you know the democratic system collapsed and the country descended into banana-republic stage. The level of political discourse in America is something I am used to seeing in African shitholes, but not in serious countries. It’s basically all at the point where the sides are so far apart in fundamental issues, they can no longer be said to belong to the same civilization, let alone nation. When this war gets hot, it’s going to be worse than Bosnia and Rwanda.

Apple recently released the new 16″ laptop, and it’s a significant improvement over the fail-fest that’s been going on since 2016. Still a reduced selection of ports, still cooling any plasticky gaming laptop would easily surpass, but there’s the ESC key again, and the keyboard is no longer that terrible breakable thing.

However, I lost a whole day of vacation fixing the mess Catalina update made on my mid-2015 15″ retinabook, having disabled 32-bit code, which made Virtualbox not run, macports initially didn’t run so I had to wait for an update, GPG didn’t run, Synergy didn’t run, and half of other stuff either didn’t work, or had to be updated. Stuff that had no updates was a problem, but I replaced most of everything with open source stuff compiled from the macports library, but it left me wondering what would happen if Apple did another “upgrade” and simply blocked macports or at least its access to the xcode compiler. That would render the computer completely unusable to me. Also, something seems to be broken with the Virtualbox guest VGA driver, and so much of the functionality I relied upon was broken by that single update (including my mail archive no longer syncing due to Apple making “improvements” to the mail application, forcing me to get a paid upgrade for the archiving software) that I got incredibly pissed.

Also, after having used it for years I decided that the 15″ laptop is too big for what I normally use it for, which is to put it in my lap and write articles. The keyboard is too far away, the whole thing is too big and unwieldy, and the only plus is the screen and the speed. With everything else, I was able to get much more comfortable with my old 13″ Air, so I don’t think I’ll be getting another big laptop again, especially since I’ve been using an ultralight Asus (Zenbook Flip UX370UA) for half a year or so and I happen to be using it much more frequently than I do the big Macbook, and only due to a much more practical size, at least for what I use it for. Also, Microsoft integrated Linux into the Win10, so now I have full access to the CLI tools that I normally use even without OS X or virtualization, which makes Windows machines very usable to me, as usable as Macs. Sure, I can write text messages or pick up a phone call from the Macbook, which makes it very convenient at times, and the Macbook screen and touchpad are still significantly superior to anything non-Apple, but the gap is decreasing due to Apple screwing up increasingly more, and others doing increasingly more things right.

The Windows laptops still have significant problems. First, almost everything has a 16:9 screen ratio, which is terrible for small laptop screens; it starts making sense from 17″ upwards. Second, touchpads on Windows laptops range from significantly worse than Apple, to absolute garbage. Third, Windows has a nasty habit of not completing the suspend command if some process refuses to respond, which leads to closing the laptop that is still actually on, merrily overheating and draining your battery in the bag. This makes Windows behave terribly on laptops. Also, Win10 constantly updates, which makes it incredibly annoying after a while. Honestly, I don’t want to even see anything updating other than the antivirus. It can update itself twice a year and that’s it. The only improvement introduced by those updates was the WSL, everything else was cosmetics and had no business rebooting my system. Microsoft should seriously reduce the frequency of updates because this is getting on everybody’s nerves. However, other than that, Win10 is fine. It’s fast, it’s elegant, it’s comfortable to use, and for the most part it’s as reliable as Mac OS, and much more reliable than any Linux desktop. Essentially, Apple is one serious fuckup away from me switching completely to Windows/Linux combo. On the other hand, Windows was always one serious fuckup away from me switching to Mac/Linux combo, so things are quite equally matched now.

Some generals consider only unilateral action, whereas war consists of a continuous interaction of opposites … no strategy ever survives the first engagement with the enemy.

I like Von Clausewitz and his elegant formulations of complex realities, for instance, how a well made plan isn’t likely to fail just because the “fog of war” happens to obscure your vision and you see only chaos, gossip and misinformation. You have to trust that you made a good soufflé, put it in the oven and wait for it to rise. Changing the recipe, checking before time and second-guessing yourself are of no use.

That’s how I see the current situation. I trust that I had read the situation well, that I made all the right moves that were possible for me in the given circumstances, and there’s really no point in bouncing off walls like a ping-pong ball. The situation where you wait for the outcome, and the reality apparently contradicts your assessment and actions is not only not new to me, but I saw it in a movie “The Big Short”, about the 2008 collapse of the real-estate mortgage market and the guy who saw it coming, bet everything on the collapse, and the market kept rising, at which point he thought, “what if the entire market is so inherently broken and controlled, that they can do this indefinitely, or at least long enough for me to run out of money?”

The answer is, of course, that there is only so much you can do. The soufflé is in the oven, and it’s either going to rise, or it’s not. There’s not a damn thing you can do about it at that point, as Benjamin Sisko’s father would say. 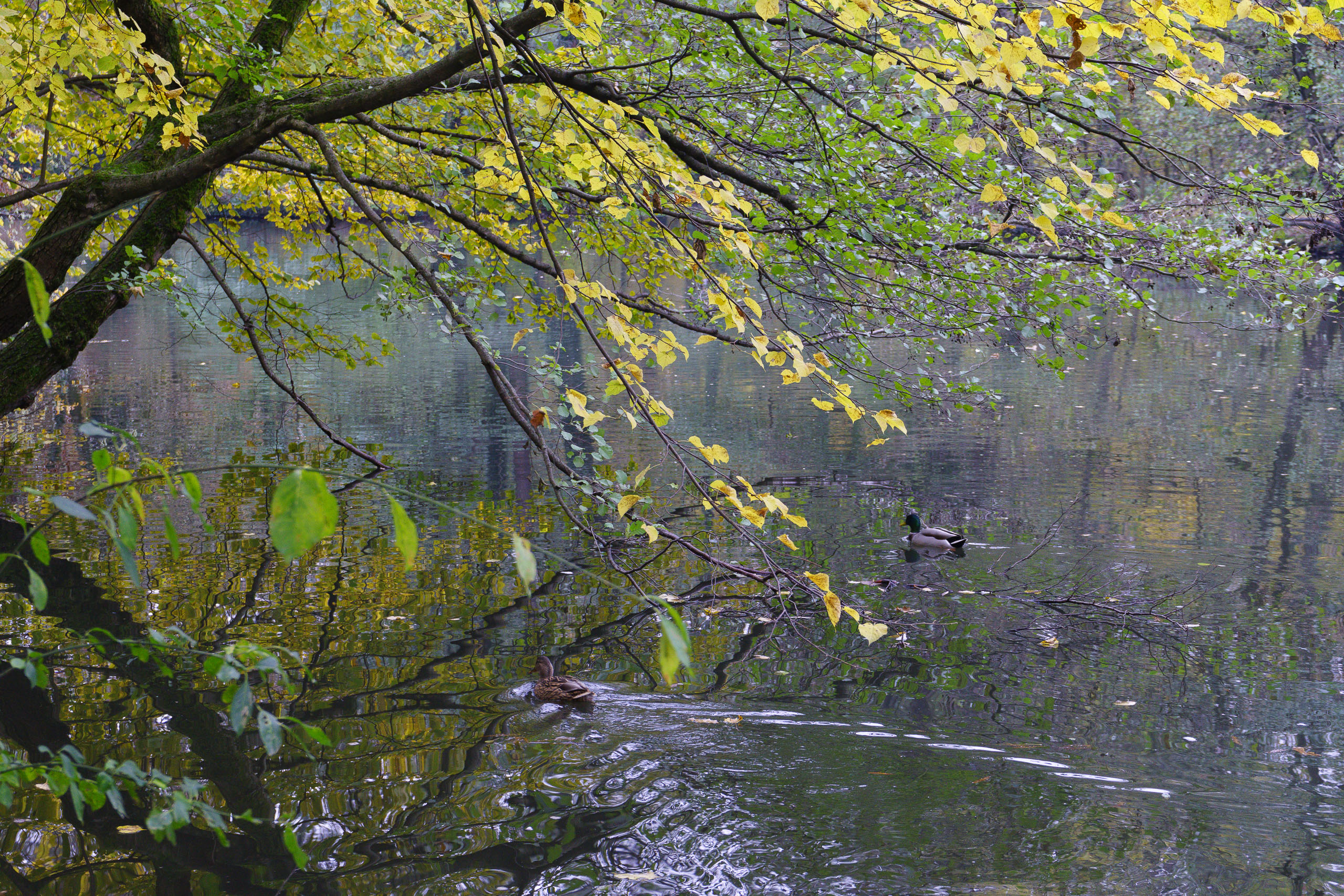 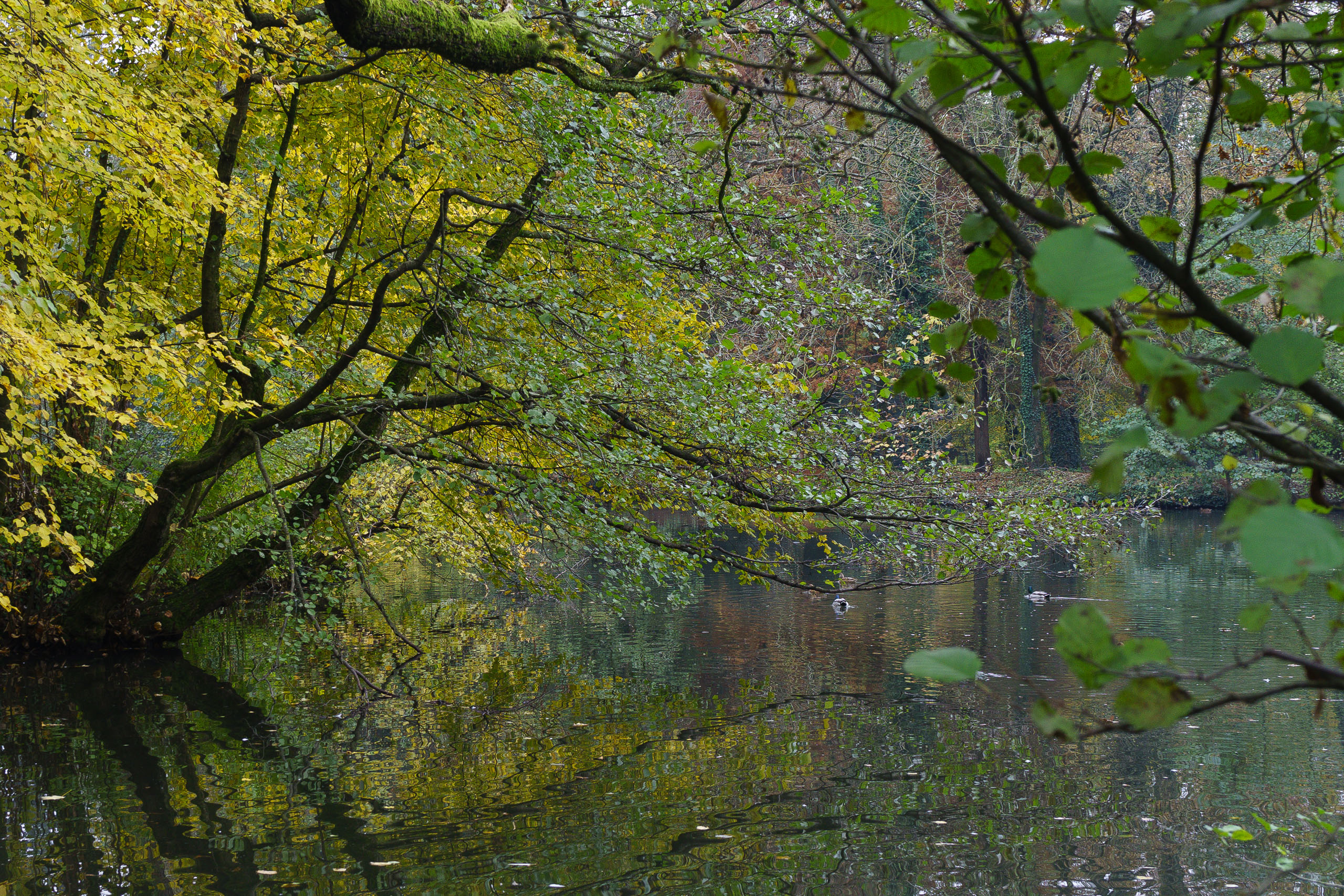 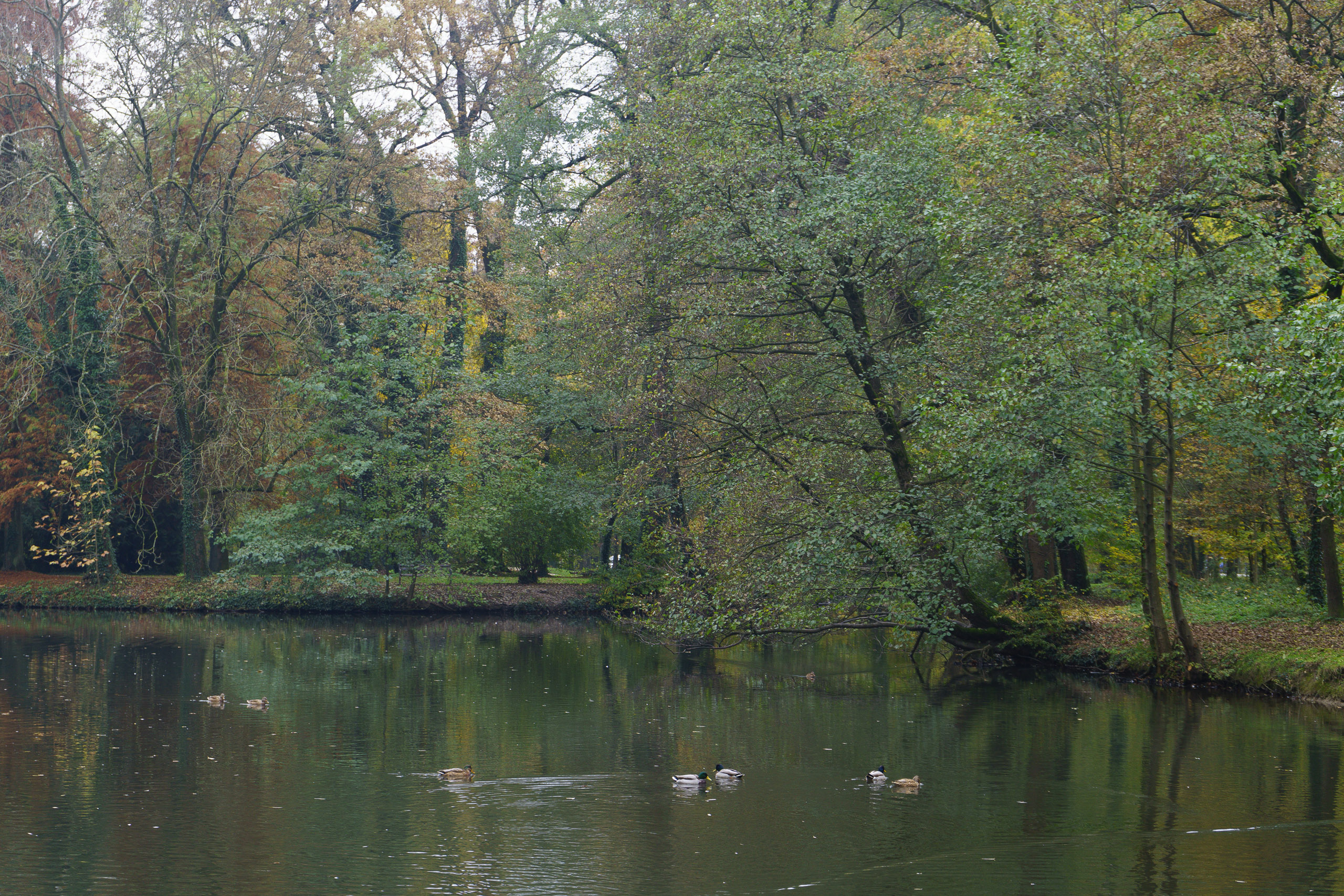 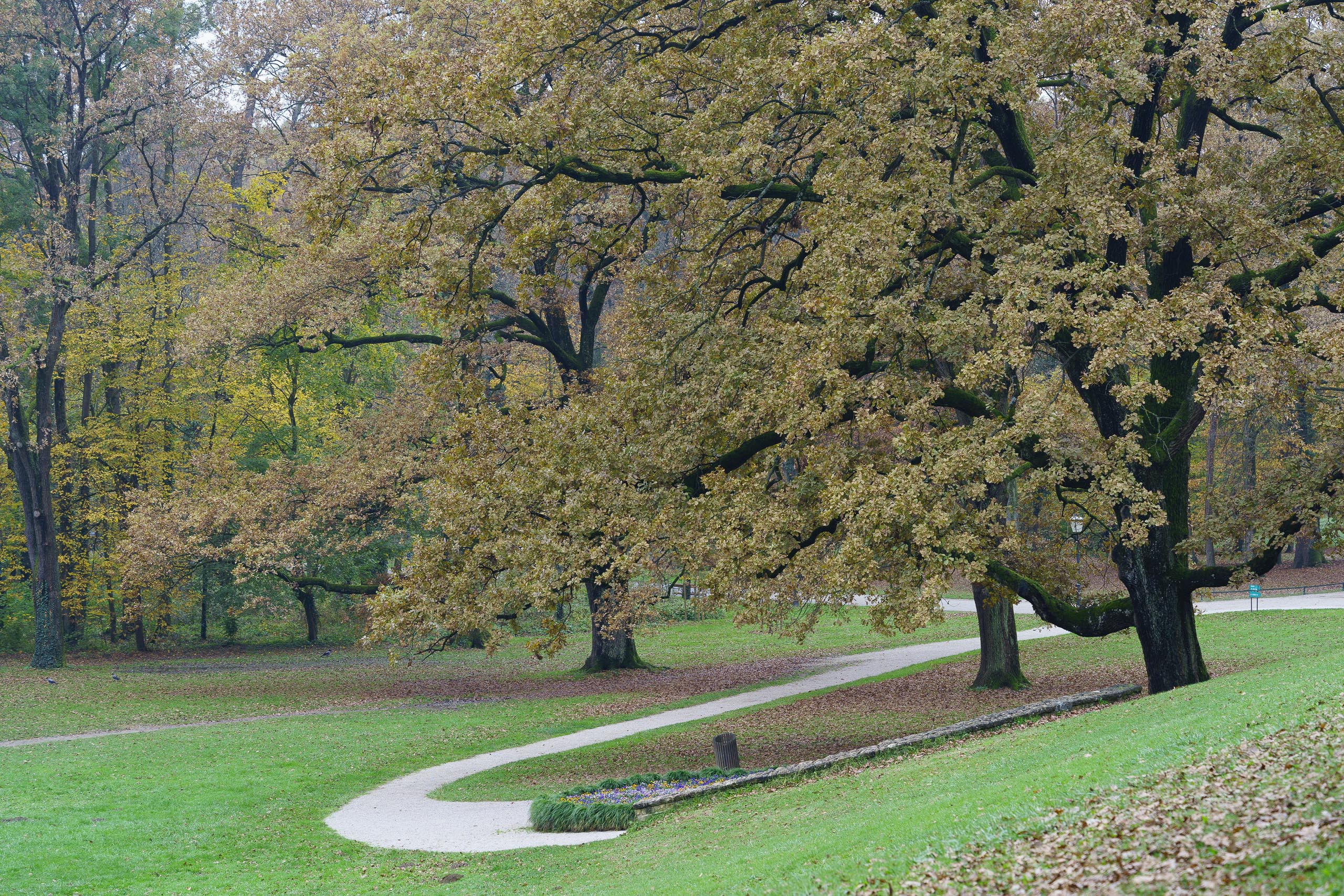 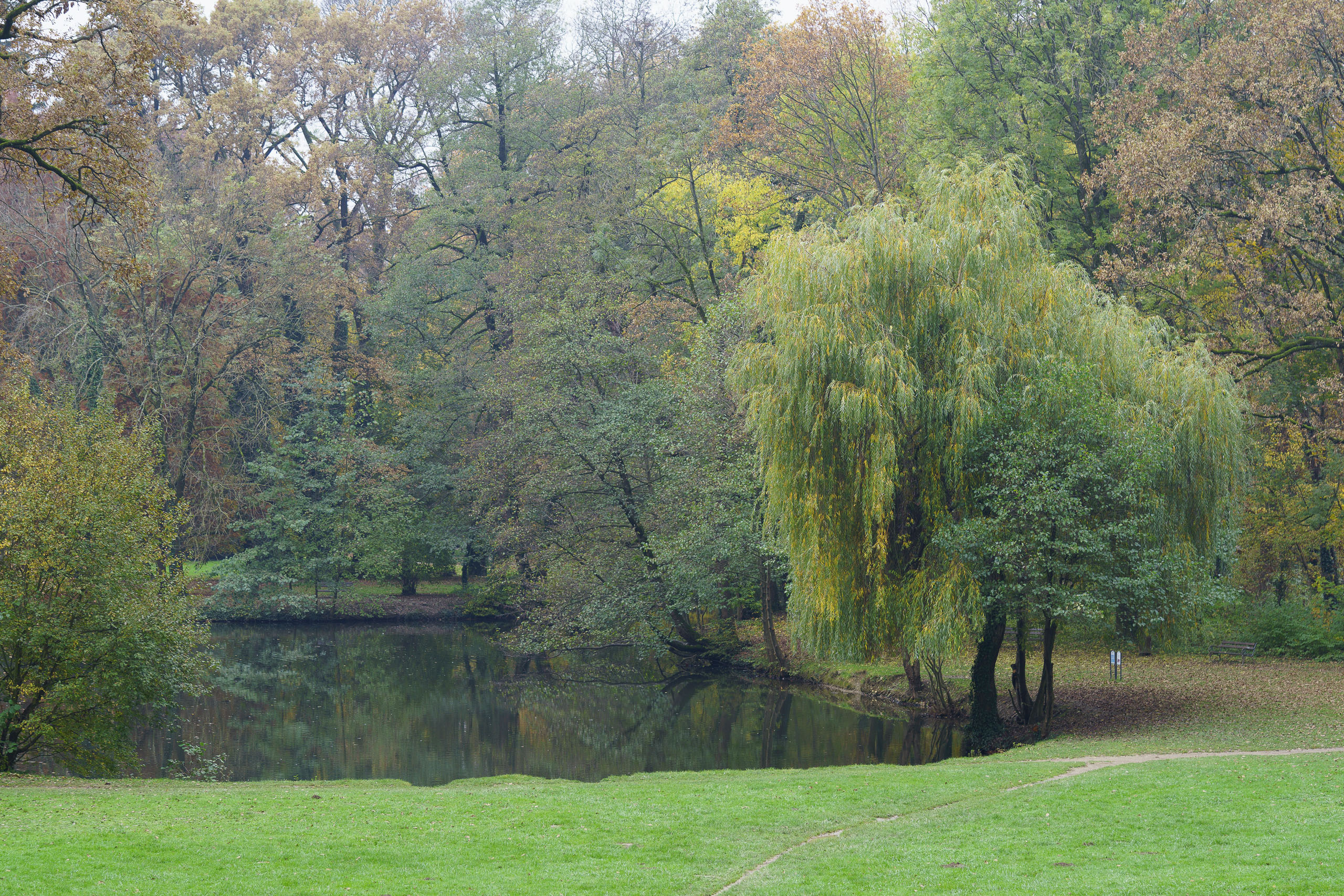 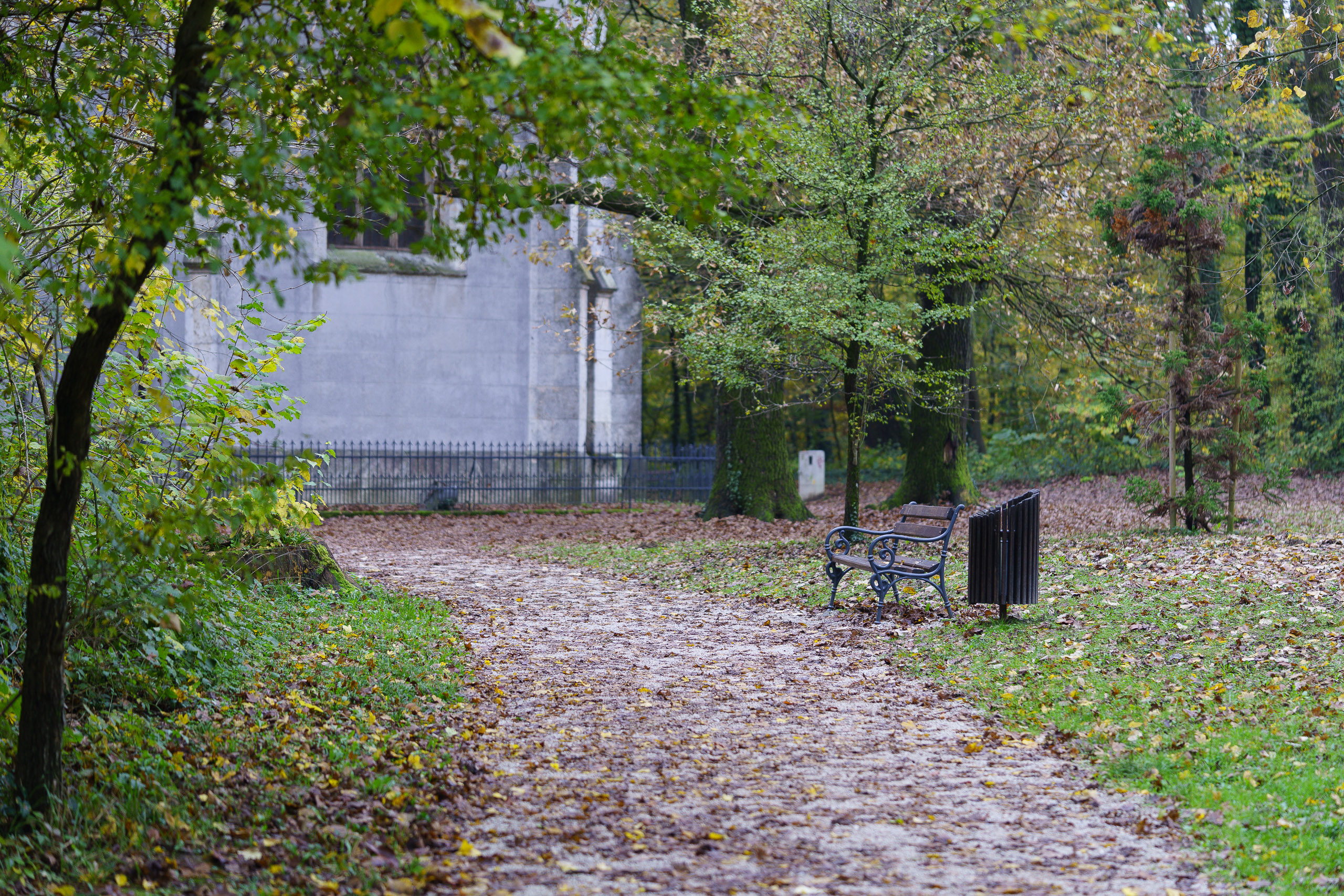 So, yes, as you can imagine, the weather can be described with a “repeat rain until snow;” loop, but it is what it is. 🙂