Gold is at the all-time high in all currencies, including USD. Silver is having the third greatest recorded spike since the 1970s, but as you can see from the graph, its behavior has historically been fundamentally different than that of gold. 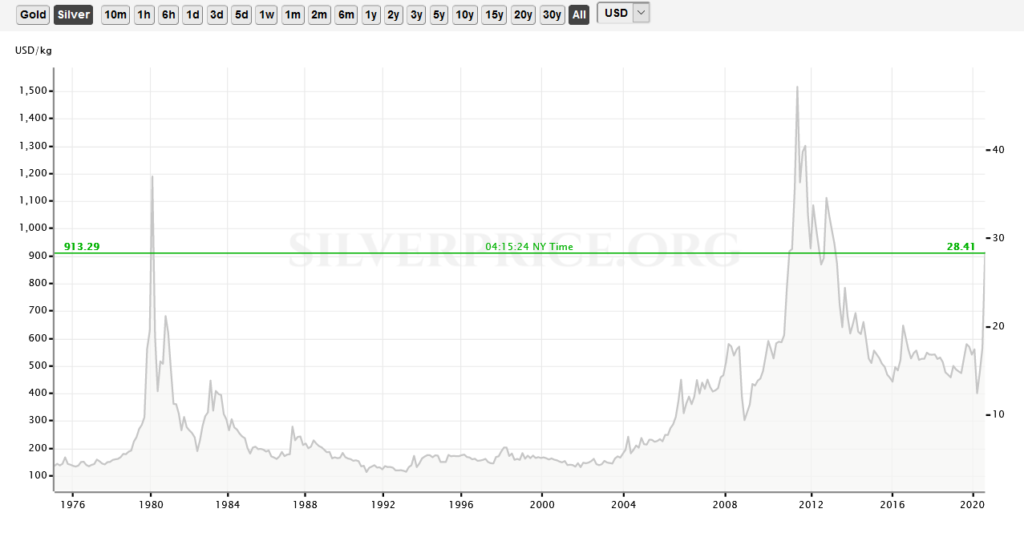 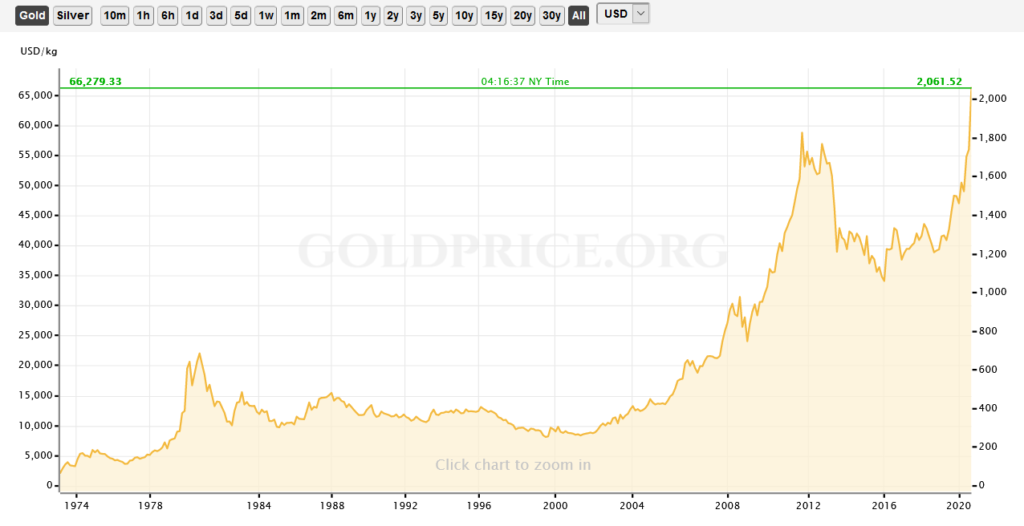 What does this tell us?

One thing is certain: both gold and silver had their greatest spikes at the same times, but silver spiked higher, more violently, making it possible for investors to make greater earnings if they were smart, but those spikes turned into suddenly appearing cliffs, the greedy ones fell off of. Basically, everybody who believed silver was going to the Moon got in late, somewhat akin to buying Bitcoin at $18K, they didn’t sell when they should have, and so you still have people who bought silver at $50/oz, and never sold because the loss would have been too painful; BTW, those $50 are not adjusted for inflation, so that would be much more money now. Why am I saying this? Because every time metals do this, and they did something similar in the August last year, some people get hysterical, screaming how silver is going to the Moon, it’s going to be more valuable than gold, everybody should put all their money into silver and never sell it. In September, when silver falls off a cliff, they disappear, and many people who bought into the hype are left feeling deceived. Why am I pouring cold water over hot coals here, despite the fact that I believe that the metals are indeed going to reach fantastic heights? Because, historically, at every single one of those spikes people were hyping the shit out of the situation, saying it’s going to keep rising forever, it’s going to the Moon, up to the very point where everything fell off a cliff. It happens with stock, it happened with Bitcoin, and it happens with metal. Every time there’s a spike, some people make up a rationale about why it’s not a bubble and why it’s not hype. Sure, the spikes happen because something was undervalued, but then hype gets into the picture and the price over-corrects.

One thing, however, is different now, compared to all the other times, and you can clearly see it on the gold price graph. This spike is much higher, and starting from a much taller “hill” than all others that came before it. This means the fiat currency is in deeper problems than ever before, especially since the spike from the 2012 ended when people were lulled into the false belief that the “quantitative easing” was a limited thing. Now it turns out that it isn’t, and some kind of logic says that if a certain trend was stopped by something, now that we see a similar trend, but it’s not possible for the same thing to stop it again, it’s not unreasonable to assume that this time the storm will be much bigger. Big enough, maybe, for the entire currency system to be fundamentally restructured, and at that point I would like to be 100% in precious metals, because although it might be a great way to make money, any money you might make by selling at some high point might become worthless once the currency system is transformed, and holding metal past that point is the only way to safety that I can see.

I found out today that a major Chinese bank is prohibiting its customers from buying precious metals, citing some bullshit “concerns”. Basically, for the good of their children.

HSBC and JP Morgan are blacklisting Perth mint, citing some bullshit “concerns“. Some children somewhere are suffering and they can’t stand it.

The real reason is that the major banks and the states want all the gold for themselves, at these cheap prices, and if the people are allowed to get into gold too quickly, the prices will rise and the market will dry up. I expect some AML law to be passed restricting or outright outlawing purchases of precious metals by the citizenry, because precious metals are bad things used for money laundering, financing of terrorism, tax evasion and poor children will cry if you buy gold, so only an evil person would have it.

So, basically, buy it while you can, unless you are a complete fool, and if you buy the bullshit the states and banks are telling you, you deserve no better than the fate they have in store for you. If you want to not be a slave, prepare to see yourself as a criminal and a terrorist, because that’s where this is going. You’re either a slave, or a criminal and a terrorist. You’ll be left with no middle ground. Obey their laws and be ruined.

PS.: If you think I’m being paranoid, watch this: 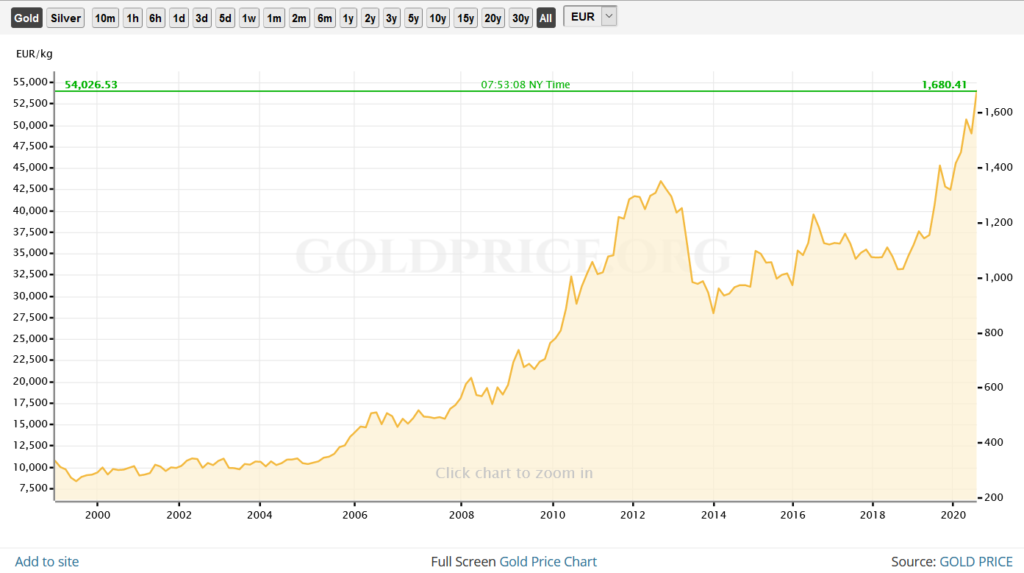 Dehumanize people you meet. It will make it easier for the state to imprison, torture and murder faceless things.

Make you dependent on the digital reality, because in the physical you get only social distancing, face masks and increasingly strict discipline.

Get you accustomed to Islam, because that’s what you’ll be converting to, soon. Women are already using this hijab stand-in as a fashion accessory. Get men circumcised by hyping some fake health issue of foreskin and the rest is easy, because this civilization doesn’t have any religion or value-set worth mentioning as it is. Hell, getting rid of feminists and those awful transgenderetards is reason enough to embrace Islam for most people.

It doesn’t do anything useful against the spread of covid-19, sorry.

May God help us all, because we are doomed here. 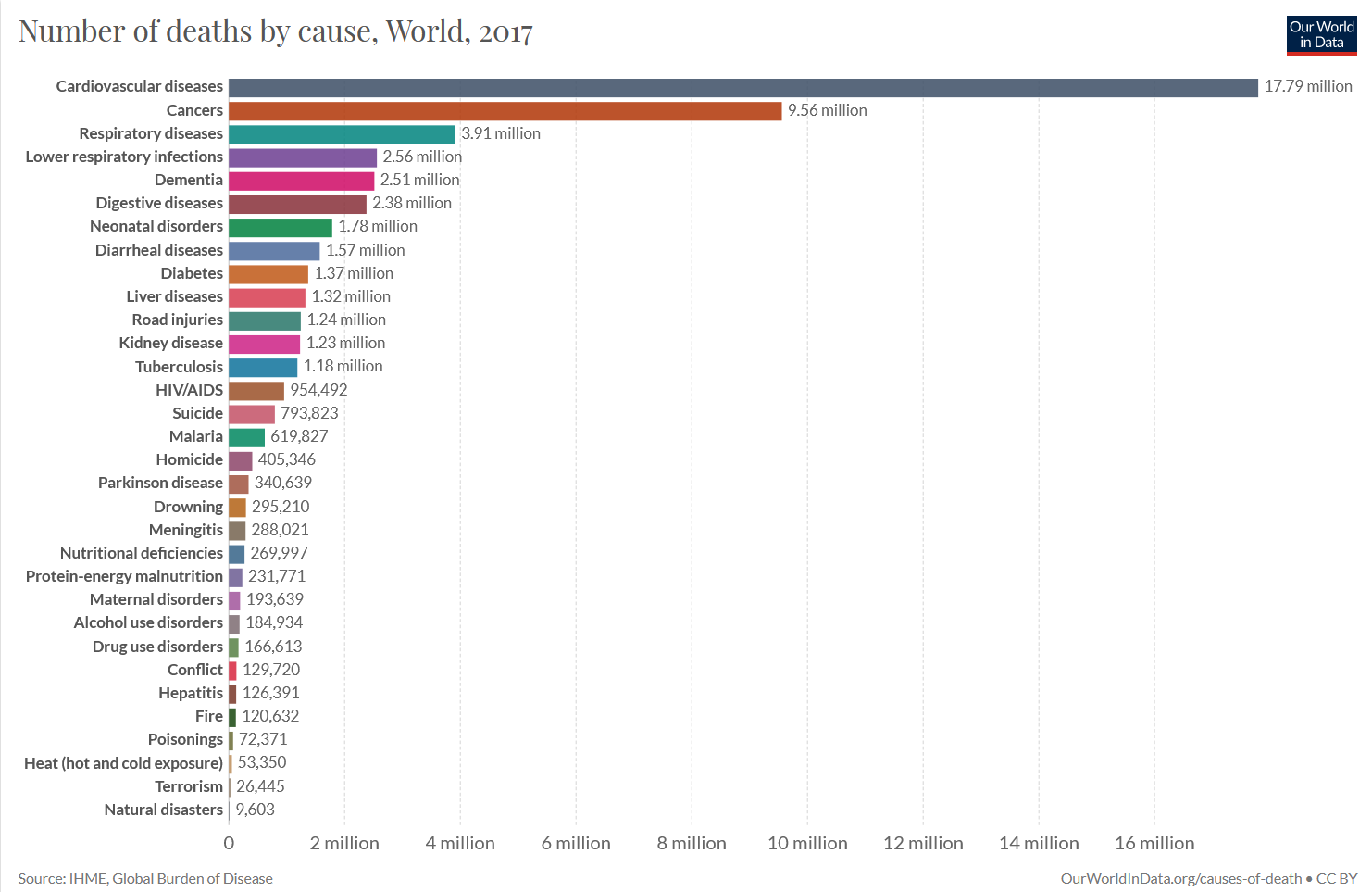